Halloween month is upon us once again. It’s a time for ghouls and ghosts to creep out of their graves, and terrify the living with devilish glee. It’s also our chance to cast an eye over the world’s most horrific television to bring you an essential list of shows to binge this festive period, to keep you safe inside your homes until this whole thing blows over.

Liv Moore is an over-achieving medical student whose life is turned on its head after she is scratched by a zombie at a boat party, and develops a taste for brains that rivalled only by her desire to solve murders.

There have literally been tons of odd-couple cop shows over the years, but none of them has ever included a smoking hot zombie who eats the brains of murder victims to help solve cases that the local police department could presumably never solve by themselves.

The laughs in iZombie outnumber the screams, but don’t be fooled, this is a top choice to binge this Halloween and a fresh spin on the tried and tested undead formula.

The Alienist is one of Netflix’s darkest offering in years. It stars Daniel Brühl as Dr. Laszlo Kreizler, a prominent criminal psychologist in Victorian-era New York, who is hired to help track a new breed of a ritualistic killer whose male prostitute slayings has brought an entire city to its knees. If you’re looking for blood and gore this Halloween, inter-spliced with intense psychological drama, then you’d struggle to find a better place to start than right here.

ARE YOU AFRAID OF THE DARK?

Are You Afraid of the Dark? was a kids TV show from the 1990s (and soon to be rebooted) that was a staple of Halloween viewing for many of us as kids, and just because we’re all adults now it doesn’t mean that some of the show’s most terrifying episodes still haunt our dreams.

Dipper and Mable Pines are sent to spend the summer with their cranky uncle Stan in the sleepy Oregon town of Gravity Falls. But what could be a boring few weeks, turns into the greatest adventure of their lives as they uncover the hidden truths of their new home. But battling zombies and pissed of gnomes pales in comparison to the real horror of Gravity Falls, a megalomaniacal dream demon intent on bringing about the end of the world.

Don’t be fooled by the Disney association, Gravity Falls is just as fun for the grown-up in the house as it is the small people, and if you’re looking for something to enjoy with the family then this is a good place to start. 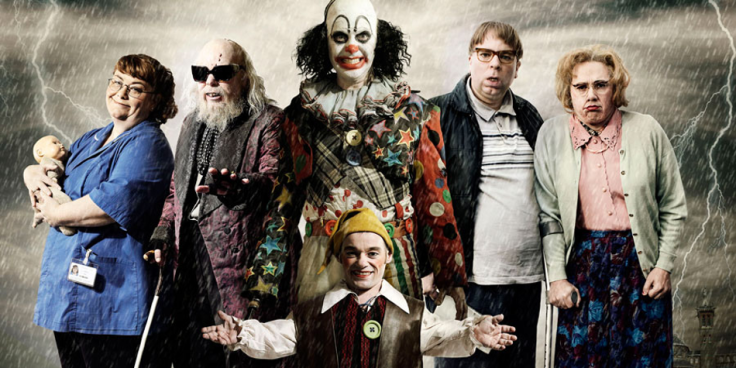 A dark secret links a blind Beanie Baby collector, a hook-handed clown, a delusional midwife, a pantomime dwarf, and a serial killer obsessed man-child, in this critically acclaimed horror-thriller-comedy-mystery from the creepy bastards behind The League of Gentlemen. You’d be forgiven for turning your nose up at this choice, especially if your brain is still recovering from the Melissa Joan Hart TV series we all grew up watching (and secretly loving). But don’t be fooled, because these two shows couldn’t be any more different if they tried.

Gone is the sickly sweet teenage witch and her wholesome friend Harvey and odd-couple aunts, replaced instead by much darker friends, and a family who revel in their subservience to the Devil. There’s blood, sex, death, and the show even managed to piss off the Church of Satan which should tell you everything you need to know about whether it should be included here in our Halloween TV list.

THE HAUNTING OF HILL HOUSE

The tale of The Haunting of Hill House has been told and retold many times, but the 2018 Netflix serial is perhaps the most terrifying. A family relives the horror of their past lives as the occupants of the world’s most haunted house after one of them turns up dead within the grounds of their former home. This is the stuff of nightmares, and wait until you get a load of the ghosts the show has created especially for The Haunting of Hill House. 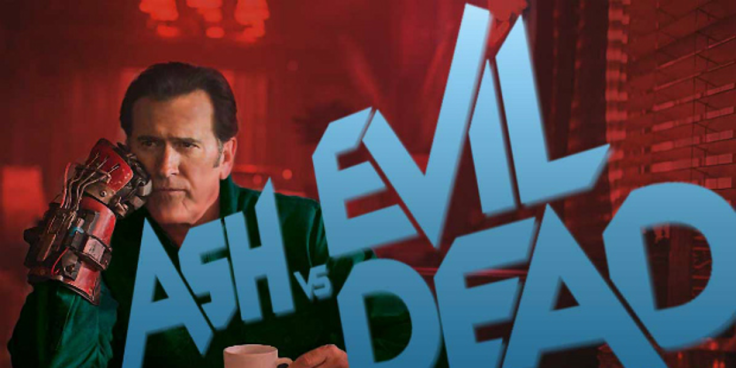 If you grew up watching the Evil Dead movies then you’ll have spent the last 20 years praying for a follow-up movie. That prayer was answered in 2015 when Starz Network announced it was running a sequel television series, and Bruce Campbell would be returning as chainsaw-handed, boomstick wielding everyman Ash Williams.

Set in modern-era America, Ash Vs Evil Dead picks up 30 years after Ash sent the evil back to where it came from. He’s an overweight, middle-aged loser who’s just happy he isn’t wrestling the undead in creepy cabins anymore. But there wouldn’t be a show if Ash’s demons didn’t catch up to him eventually, and it isn’t long before the blood, guts, and gore are flowing once again like only the Evil Dead franchise can do it.

You might be too young to have seen the movies the first time around, but you’re sure to find this Halloween offering more than groovy this year. 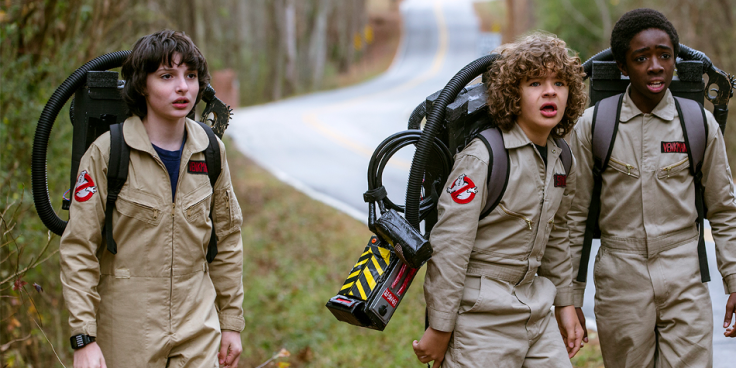 Believe it or not, but there are still people out there who haven’t seen Stranger Things. So, for the uninitiated, the outstanding Netflix TV series is about a bunch of kids who find themselves in the middle of a Government cover-up involving an otherworldly dimension known as the Upside Down.

Stranger Things was a big hit upon its initial release but has gone on to be arguably the biggest TV show of the modern era, garnering a fan base as rabid as those tuning in each Sunday to watch Game of Thrones – and let’s be honest, the Stranger Things fans are way less disappointed with the direction the showrunners have taken it. It’s also the definitive TV show to binge this Halloween.