The 80s holds a special place in our hearts, especially if you’re labelled as a cartoon villain. Over the years we have seen many contenders attempt to take the crown but none more than the original bunch of mishaps. Here’s a rundown of our ten favourites.

SKELETOR – HE-MAN & THE MASTERS OF THE UNIVERSE

When you think of 1980s villains one name almost always springs to mind – Skeletor. With his blue skin and glowing yellow ‘face’, Skeletor was the main antagonist on the planet Eternia, constantly trying to find ways to kill his mortal enemy He-Man, and seize the throne he feels is rightfully his.

But Skeletor is a terrible judge of character, and largely associates himself with bumbling idiots and buffoons that fail at every hurdle when it comes to delivering his dastardly machinations. This is a common trait in a lot of characters on our list, but unlike so many of the kids in the ’80s genuinely believed that one day the man formerly known as Keldor would succeed and bring the mighty He-Man to his knees.

We’re not even sure what Cyril Sneer is, but we do know he’s one miserable, angry, vindictive son of a bitch. He’s also a nudist, although we figure he’s meant to be some kind of animal so I guess clothes weren’t essential – although come to think of it the Raccoons all wore jumpers and stuff, so maybe he was an angry nudist?

(A quick look on Wikipedia revealed that Cyril is actually an Aardvark. We guess that explains the nose?)

Baron Silas Greenback is one nasty little toad, bent on world domination. With his wheezy voice, and pet… er… caterpillar (?), Greenback spends his time trying to blow shit up, take shit over or kill the shit out of his arch-nemesis Danger Mouse. Greenback is an iconic 1980s villain, but like so many of the names in this list, he is about as deadly as a hiccup.

Miles ‘Mayhem’ Manheim was a hero once, but he cashed in his medals for mirth to become the leader of V.E.N.O.M., a terrorist organisation bent on world domination and the destruction of M.A.S.K.

This dude can spit acid. He also murdered a dude once. That’s a pretty nasty dude right there.

Krang has gone through a few changes throughout the years, but his original appearance in the 1987 Teenage Mutant Ninja Turtles series is by far the best. Originally a decorated war criminal from Dimension X, Krang (or Kraang) finds himself banished to Earth, where he quickly falls foul of the sewer-dwelling heroes.

Krang always felt like a much nastier villain than Shredder, and no one ever questioned who was working for who on the side of the villains. Although Shredder could be a nasty prick at times, he was still human and made mistakes. Krang, on the other hand, was a warmongering cretin with no regard for human (or amphibian) life, and a blood lust he seemingly could not quench. Unfortunately for Krang though, hanging around with Shredder and Bebop and Rocksteady would often rub off on him and he’d find himself on the losing side.

Growing up as kids it was easy to assume that Dr. Claw was nothing more than a disembodied arm that liked cats. For the entire run of the Inspector Gadget TV show we never once got to see any more of the villain than that. The only other things we knew about him was that he was a devilish mad man, and he really hated Inspector Gadget, even though Gadget was useless and it was actually his niece Penny and her pet dog Brain who solved every mystery.

An absolute abomination of an action figure would eventually be released showing Dr. Claw in all his underwhelming, embarrassingly bad glory – but as far as we’re concerned it isn’t canon and can f*** right off.

Venger might be remembered best as the black-winged, horned, horse-riding villain from the classic Dungeons and Dragons cartoon, but his most evil trait has to be preventing the children who find themselves trapped inside the terrifying world of the beloved RPG from ever finding a way home. Ever. They’re still inside the game now. That’s if they’re not dead. That’s dark, bro. 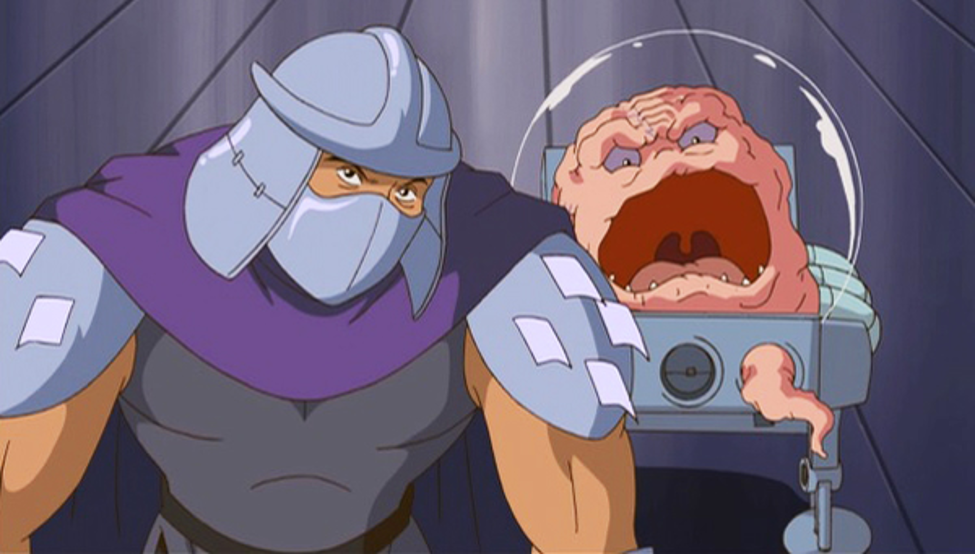 The placing of Oroku Saki in this list is as disappointing to us as it may be surprising to you. Let’s be honest, Shredder is one of the all-time great villains in the history of everything, but we’re only looking at the 1980’s animated series here – and quite frankly, Shredder was a bumbling idiot who failed at every step. If it hadn’t been for Bebop and Rocksteady, Shredder may simply have been the comic relief in such a kid-friendly show. He had some truly villainous ideas though, so he at least earns his spot in the middle of the pack.

Ask anybody who grew up watching Saturday morning TV in the 80s which villains were their all-time favourites and we’d bet the house that most of them would include Cobra Commander on their list.

The leader of the malevolent group known only as Cobra, Cobra Commander was a fanatical leader who ruled his forces with an iron fist. An unrelenting villain with a murderous streak a mile long, he is responsible for the troubles in the Middle East, as well as other acts of terror, and also hides a snake-like facade beneath his mask and clothes, really living the whole Cobra gimmick. 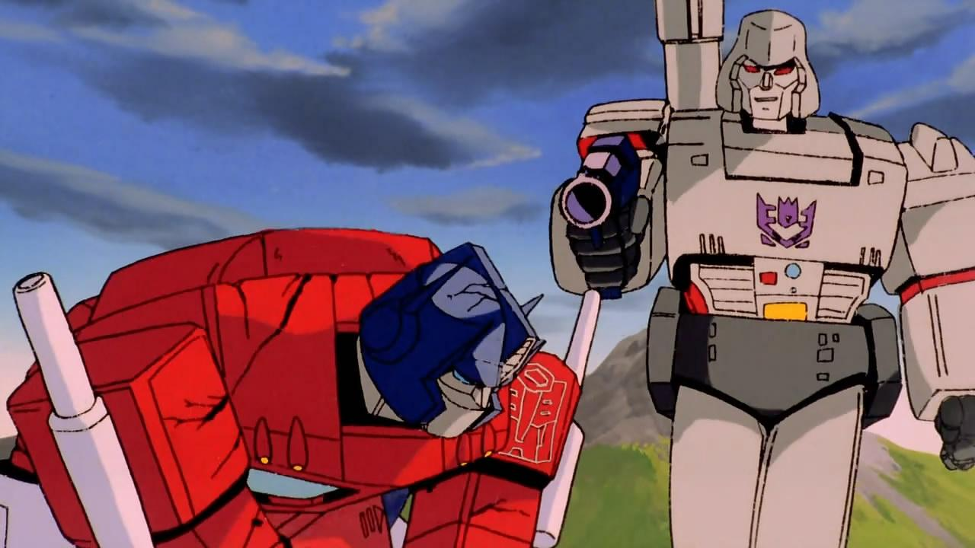 The one and only leader of the Decepticons, he ripped the heart and souls out of a generation of innocent children by defeating and murdering the one and only Optimus Prime in cold blood.

There has never been an act so treacherous, so memorable or so impactful in any kids TV show since Megatron committed murder, and the only thing that has maybe even come close is Game of Thrones – that’s just how barbaric this moment was for so many of us.

Megatron scarred an entire generation to the point that 33 years later we’re still not over it, and for this reason, we must swallow our pride, bite our lip and admit that despite being an evil son of a bitch he’s the greatest 1980s animated villain ever committed to screen.

One thought on “Our Favourite 80s Cartoon Villains”