In 2006 Sony released their follow up to the hugely successful PlayStation 2 in Japan, with other regions following shortly after. The PS3 was the first home console to include a Blu-ray player and Sony’s first attempt at integrating a more social OS. Its initial price point was high and the system was difficult to develop for, over time the library grew and became home to some of the finest games ever created. Here’s ten you absolutely need to play.

Black Flag shook up the AC franchise by moving away from busy cities to giving you control of your own pirate ship and sailing the Caribbean seas. Engage in intense naval battles, plunder treasure, chill out with black beard as you attempt to thwart the templars once more. Considered by many to be the best entry in the series this is one AC title you must play.

Following in the footsteps of FlOw thatgamecompany released Flower in 2009. The idea behind Flower was to make a fun experience allowing players to feel at ease while evoking a range of emotions. The premise is simple, guide a petal through levels and return colour to the world.

Uncharted: Drake’s Fortune released for PlayStation 3 in 2007. It felt like playing the lead role in a Hollywood blockbuster but the second game in the series, Among Thieves, is the real show stopper. It manages to improve on the very high bar set by its predecessor in almost every way and that train crash set-piece was epic.

Developed by 2K Bioshock took the first-person shooter to the underwater city of Rapture. Through progression, audio logs were acquired and told the story of a utopian dream with a sinister undertone. It introduced us to the now-iconic Little Sister and Big Daddy combo. It’s a game that everyone should experience, so ‘would you kindly’ play it…

As part of a three-game exclusive with Sony thatgamecompany released Journey. You play as a robed figure surrounded by a vast desert with the goal of reaching a mountain far away in the distance. The story is told without the need for words through a combination of gameplay and cutscenes. The journey and emotional challenges you face in reaching the goal is quite an experience.

It all started way back when Frequency released on PlayStation 2 in 2001. Harmonix followed it up with a number of different music games, notably Guitar Hero, before eventually pulling all of their previous visions together in one complete package known as Rock Band. As with many great sequels, Rock Band 2 added to a solid foundation, allowing for that complete band experience from the comfort of your living room.

Rockstar gave us Red Dead Redemption in 2010 for Xbox 360 and PlayStation 3. It took their tried and tested GTA formula to the Wild West as players took control of protagonist John Marston. It combined a massive open world with great storytelling leading to it winning numerous game of the year accolades along the way.

THE LAST OF US

A swan song for the PlayStation 3, The Last of Us was a coming of age title from already accomplished developer Naughty Dog. It was a showcase of just how far they had grown in emotional storytelling, engagement and visual style. Without a doubt, it was and still is, one of the finest examples in the survival horror genre and even gaming as a whole. It follows the story of Joel and Ellie who are thrust together in a tragic story set in the post-apocalyptic United States.

You think you’re good at games? Come check out Dark Souls, or really any Souls game by From Software. It will push you to the limits like never before but offer a great reward. As sadistic as the game can get, it’s always fair. The level design is top-notch with the majority of the map being interconnected and that ‘map’ isn’t an option to look at in-game. It’s something you’ll have to remember in your head in order to get from point A to B. Will it be your favourite game of all time? Maybe, maybe not. But for those that appreciate a great challenge and don’t mind taking some time to sink their teeth in this won’t be disappointed. 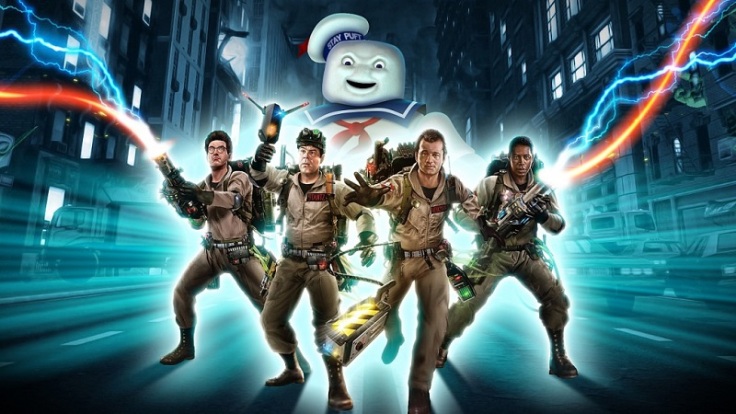 Recently remastered, 2009’s Ghostbusters: The Video Game serves as a follow up to the second movie. The full cast is here providing their voices and likeness as you take control of a new recruit and follow the Ghostbusters on another adventure filled with spooks and laughter aplenty. With a solid campaign, this is one for a more light-hearted evening with a bowl of popcorn to hand.