Use spatial logic to defeat monsters and be a hero!

Very rare is it a video game title alone can draw you in. Such is the case with Bone Marrow. How could you not at least watch the trailer? Well, that happened to us and what we found was everything 2048 is, mixed with an RPG. Let us dig in and see if that concept truly pans out. 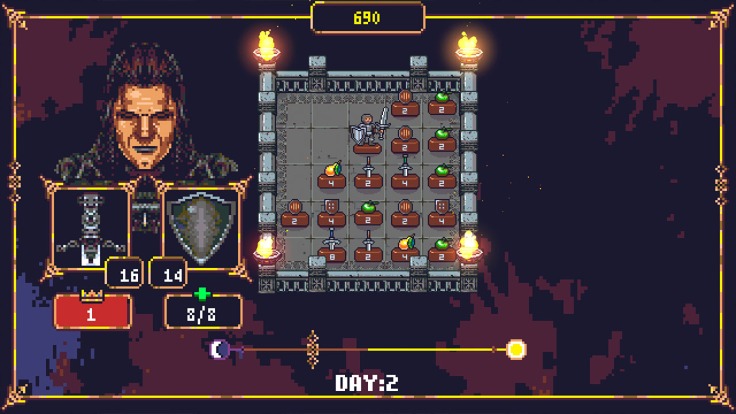 Bone Marrow at its core is nothing but a 2048 clone

While that sounds rough, understand that 2048 is a great sliding puzzler. Bone Marrow, however, takes that formula of moving like numbers and adds a layer of RPG depth and battles. Given a flat plane, you slide the tiles in the cardinal directions looking to combine like numbers. The twist here is that instead of just numbers or buildings, Developer Huge Pixel has added food, defense, and offense. Players are tasked with stacking these during the daytime.

Yes, you read that correctly Bone Marrow operates on a day/night cycle. During the day players look to increase the level of the 3 attributes on the board. During the night phase, minions of the dark come to play. Now the strategy changes. As you move your miniature (2 available at the start a third unlockable) around collecting your day’s hard work the same way you built them. This levels up the corresponding attribute along the way. The minions however can collect the spoils too. Constantly looking moves ahead the game’s loop reveals its self. Battles are little more than smacking miniatures together, but the tactics used to get there are where the game shines. 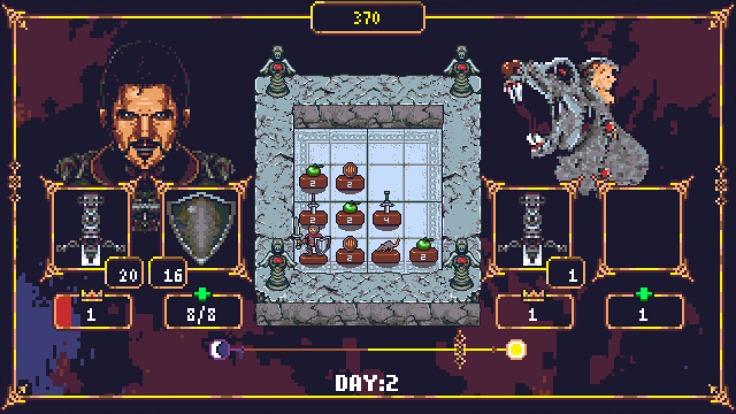 When your devs name is Huge Pixel one would expect fine attention to detail. Your character’s portrait (on the left) shows wear and tear as you battle through one of the four stages. The items show decent variety as they level up as well, never looking as similar as they do in some of the puzzle games of this ilk.

Audio-wise, the less is more approach was taken. The backing score is all but absent. The sense of dread is always present with a more atmospheric style used to fill the silence. Sound effects are the real low point for Bone Marrow. Nothing on offer is memorable or not available in an asset pack.

The value here is tremendous. Listed at $4.99/£4.999 on the eShop the game is priced great. The rogue-like nature means every run is unique. The included 2 player mode, while offline only, can easily turn a boring night into a battle of strategy, cunning, and just a little luck. Bone Marrow will not take the world by storm, but this one deserves a place in anyone’s catalogue that enjoys, puzzles, RPGs, and just a bit of strategy.