I Want to Believe

The oldest and strongest emotion of mankind is fear, and the oldest and strongest kind of fear is fear of the unknown. Words to by? who knows, but one thing that has always intrigued mankind is the big question, are we alone in the universe? Mulder and Scully went looking for little green men, Weyland Yutani went looking for Xenomorphs and Superman just kind of ended up here with his pants on inside out.

Nevertheless, the prospect of searching for Aliens is a hook we can all get behind and is the basis for Sanity of Morris, a new phycological horror from Alterego Games which promises jump scares, an intriguing plot and light-based puzzles, but is this romp in the darkness one to keep handy for close encounters or is this one probe you don’t want to experience, let’s take a look.

We play as Johnathan Morris who heads to the small town of Greenlake after receiving a voicemail from his estranged father. Sensing that something is off, Johnathan decides he needs to go and check up on the old man but on his travels, things take a turn for the Roswell New Mexico. As we entered the town and drove past the old man’s research facility we were suddenly run off the road by some shady individuals in a transit van, stranger danger! From here we quickly recovered and made a run for it eventually ending up at Father’s house. We began to search in what was essentially the tutorial to the core mechanics and after another narrow escape we set off on our journey to uncover the truth.

In order to progress we had to navigate our way through a fairly generous amount of locations. This is one of the highlights of Sanity of Morris, it never kept us in the same location too long so things always felt fresh and emphasised the fact that we were advancing in our journey, which was just as well as sadly the plot itself is a bit of a jumble which is hard to disguise when you have a protagonist as bland as Johnathan. We just never felt like we were rooting for him regardless of the situations we were in.

Shed Some Light on the Subject

For anyone who has played a phycological horror over the past few years, you’ll know that the core elements are often recycled. Walk around dark areas because no one seems to pay their electricity bills, interact with objects until you find something of interest that grants a hint and solve a few simple puzzles. Sanity of Morris hits all these tropes to a reasonable standard but with a story that lacks engagement, it all just feels like a by the numbers experience that we have seen many times before. 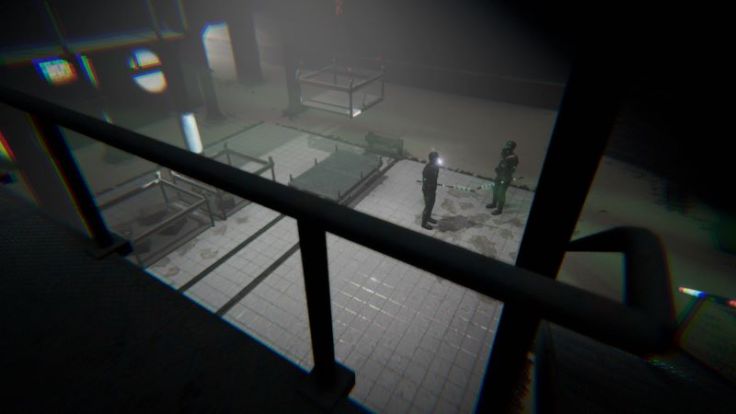 The key gameplay tool here was the use of light, the more time Johnathan spends in darkness, the more warped his vision seems to become but fortunately we had a handy flashlight with us. Not only does this help us see better but it is also a key tool for solving puzzles. Certain objects will only highlight when the light is shined on them and as the game roll’s on, certain other elements can be awoken or manipulated by the light.

Stealth elements come into play as strange government folk and creepy Aliens are on the prowl in searching of Johnathan, naturally we needed to stay out of their field of view and dim the torch as not to attract attention. Enemies have a clear field of view highlighted by bright rays of light but as the game is so dark and the environments quite jagged this often caused us to just bump into random things while we were trying to navigate away from them without using the torch. For the most part, the enemies are no real threat as they are pretty stupid but occasionally they would appear without warning from behind a corner. This soon became tedious in later sections as we watched the death screen roll over and over simply clicking reload checkpoint in between.

Though the premise of Sanity of Morris was simple enough to get to grips with, the gameplay and controls were not. Quite frankly the whole experience was one of frustration that almost tested our own sanity in trying to play. The controls are heavy and unresponsive with the environments, varied though they were, looking very lifeless and we just seemed to clank around with no real direction of what to do, shining our torch at everything until we found what we needed to progress.

Johnathan’s voice acting does nothing to help and although there is some good voice acting in the form of audio logs from the father, these have to be listened to while having the journal open and some of them go on for quite some time. Though they serve to advance the plot we aren’t sure why we had to look at a page of dialogue that was being read to us instead of letting it play over the top as we continued to explore. 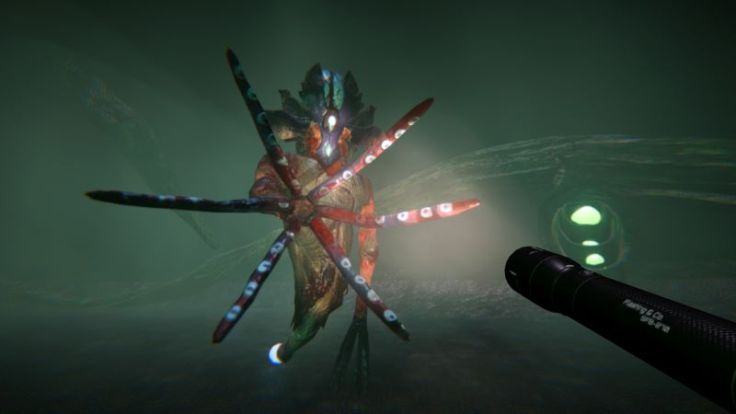 This game also features one of the absolute worst implementations of quick-time events and on-screen prompts we have ever seen. An early escape from the government stooges saw us needing to mash up on the d-pad to run away that was about as responsive as a mannequin at Amy Schumer gig. Often times there would be an event that required us to run or respond to a button prompt that just didn’t work or gave us little indication of where we had to be heading in the first place. These prompts appeared on screen in a bold red type that just looked out of place with the rest of the text and art design of the title causing a sloppy presentation.

None of this was helped by the mediocre sound design that did nothing to elevate any form of tension of fear that we felt we should have been experiencing through this roughly six-hour experience which was a shame as sound design in a horror-based title is one of the first things that draw the player into the world.

Sanity of Morris has some interesting ingredients but sadly they don’t make an experience that was fun to digest. Janky controls, sloppy level design, and a lacklustre story just felt sloshed together in a way that never blended and for fans of the genre, there are much better titles available.