I serve the Gods no longer!

For many, God of War: Ragnarok cannot come soon enough, it might just be the most anticipated title on the PlayStation 5. At this point it remains uncertain if we will be joining Kratos and Atreus in 2021 or not but fortunately, not all is lost.

While the next instalment of the critically acclaimed franchise continues its development, fans can now start filling in the gaps of Kratos’s long journey between the end of God of War 3 and his return in 2018’s God of War courtesy of Dark Horse Comics. 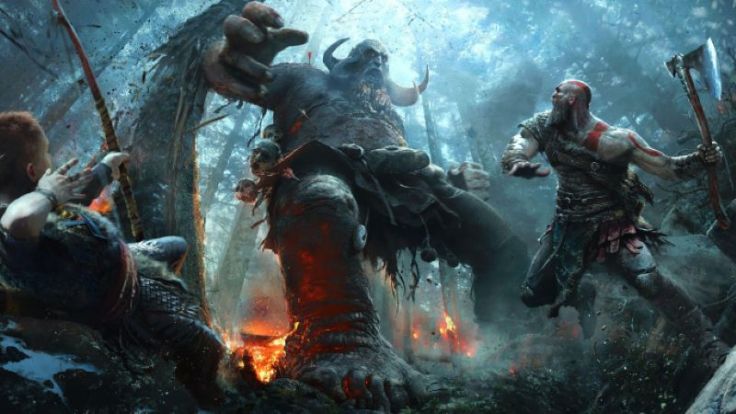 On March 10th, the first of a four-part series launched and will fill in some of the wider details of what happened to Kratos after he took his revenge on the Gods of Olympus. Fans of the previous God of War comic book outing will be pleased to hear that writer Chris Robertson and artist Tony Parker are once again back on duty.

God of War: Fallen God picks up right after the events of GOW3. We see an angry Kratos… pretty much the only type of Kratos from this era, still haunted and grief-stricken by his actions, he casts the Blades of Chaos into the ocean in a bid to rid himself of this symbol of his bloody journey. Denied the comforts of the grave, Kratos roams the land that has been cast into darkness by his own actions in search of the nearest approximation but awakens only to find the blades have returned to him. Determined to find solitude and rid himself of this curse he sets out across the sea, once again casting the blades into the deepest depths of the ocean.

Eventually he finds himself in a new land and continues to roam, days and nights pass without number but whenever Kratos eventually succumbs to exhaustion, he awakens to find the Blades of Chaos have returned to him. While entering a village, he is confused to see the people staring at him with terrified looks in their eyes, the same looks the people of his home use to give him. A kindly stranger informs Kratos that the legacy of the Ghost of Sparta is far-reaching.

The stranger also states that destiny lies in store for Kratos, here in the land of the Pharaohs. Kratos is not interested in mystical prophesies and destiny fueled mumbo jumbo and continues on his journey. As he travels the lands madness overtakes him, he begins hearing prophesies from animals and although he tries his best to stave off sleep, he eventually succumbs to exhaustion once more and once again, he awakens to find the Blades of Chaos have returned to him.

As a long time God of War fan, I have been eagerly awaiting this series. The large time gap between GOW3 and the 2018 soft reboot is fertile ground for some great stories and considering how much character development has gone into Kratos for the reboot, his journey from Angry God to Grumpy Father is a story I would love to see fleshed out more. 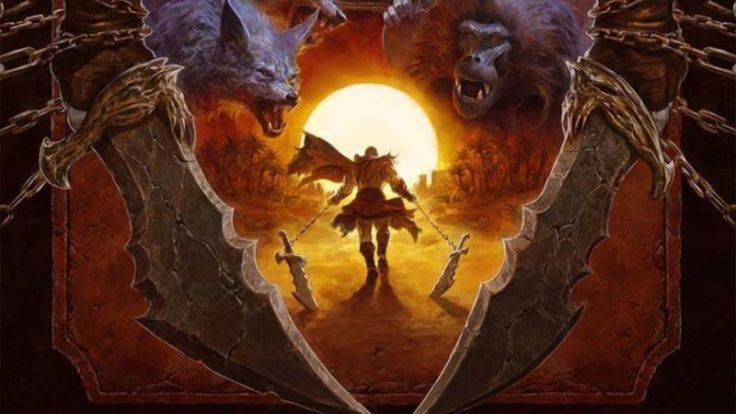 This issue get’s us off to a nice start, although not much really happens, we get a good insight into his current state of mind and desperation. Unable to die, plagued by his memories and haunted by demons, this is a return to familiar ground and will be new to those who didn’t experience the original adventures of Kratos back in the day.

I was interested to see him arrive in Egypt, after all, this was originally going to be the setting for the 2018 game prior to the shift to Norse mythology. Egypt has a lot to offer in terms of mythology and although elements may be fairly similar to the Greek adventures, I think this will be a good transitional point from the Kratos we knew to the Kratos we know now. I can only hope there is enough time within the remaining three issues to flesh out a strong story for our favourite angry bald man.

God of War is a series that still has so much to give and fleshing out the “extended universe” is absolutely the right way to go. Although the issue is brief it sets things up nicely and the artwork is sensational. God of War fans, do yourself a favour and pick this one up, I have a feeling it is going to be a bloody good time.