Presenting Prehistoric Dude, a 2D platformer from developer and publisher Ratalaika Games! The team also responsible for bringing Milo’s Quest and Super Wiloo Demake to Nintendo Switch. If you’re familiar with either of those games then Prehistoric Dude will look and feel similar. This game costs $4.99/£4.99 and is pretty easy going on the wallet. Use that stash of gold coins to bring this cheap price even lower and take a look at our TBG kids first look video. Let’s get into it. 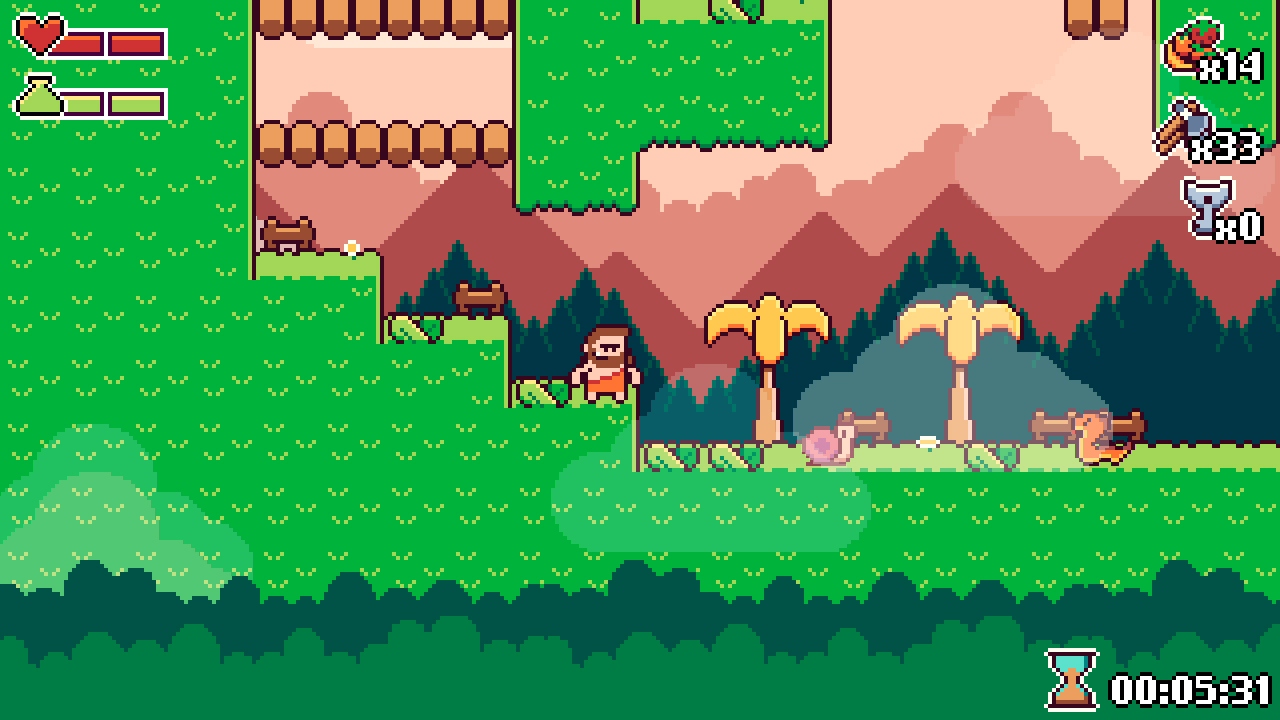 In our video I attempt to read the story being told at a slow pace, as the game is designed for younger players, but you are unable to prompt the story when finished. Read quickly as it will continue along whether or not you read it. As it goes the tale is fairly straightforward and tells of a story of a man named Dude. Dude had his lunch stolen by a dinosaur and the mission is simple, get it back.

Prehistoric Dude has a simple-looking 2D style with bright colours.

The simplistic design makes it appear to be catered to younger audiences, hence why we made a video for TBG Kids. After playing, I’m not too sure who it’s aimed at and feels like a cut-down Metroid that’s lost. Weather changes with time and scene changes, causing it to rain. Green areas with ponds, rocky areas with lava and other varieties of scenery are available.

Dude is a very athletic Prehistoric Man that can run, jump, and hang on ledges. Throwing axes is his speciality to get rid of his foes such as snakes spiders and slugs but he cannot jump on them. If Dude were to even try to jump on an enemy, with enough damage they will send him into the 22nd century. I’m really not a fan of that as Dude does not have a main weapon besides the collectable axes. Collecting fruit is a hobby of the Dude and wouldn’t enough our collected, special doors will open. 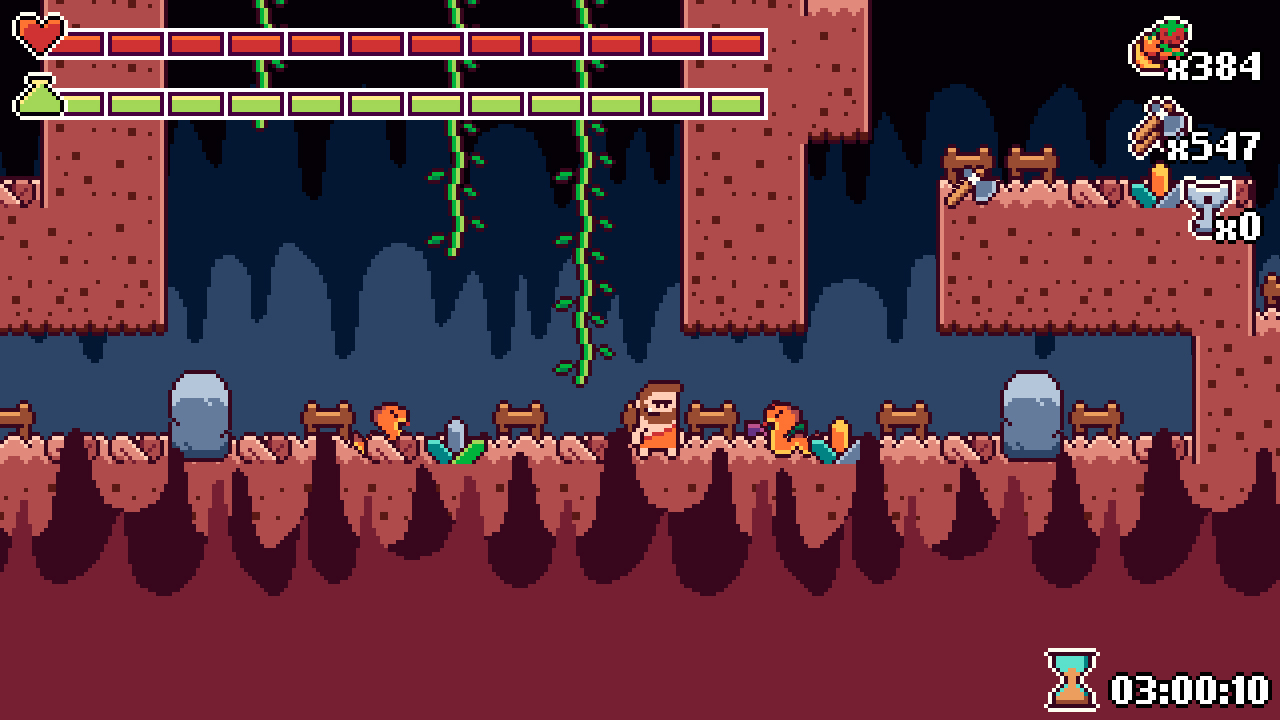 I find it odd that the X button is the pause button or rather the options menu. It will show what special items the dude has attained, the unveiled map, and progress. I wish that the axes could be collected again when they miss enemies. Some enemies are smart and will corner the Dude forcing him to wait until they lose interest and walk away. Enemies such as the spiders that throw silk in this case, can be difficult to avoid especially when the axes have run dry. It’s cool that the pause menu shows a percentage of completion.

Music is light-hearted, whimsical, and cute.

Very fitting to the game. Sound effects match the game very well and I love the sound of enemies jumping, as well as the dude jumping and climbing vines. Enemies reappear when the player returns to a previous screen which makes the numbered weapons all the more frustrating. this brings me back to wishing the player could jump on enemies to hurt them or defeat them. A number of times I have fallen onto enemies and as a result, they hurt me. I’m really not a fan of that and it makes gameplay much less fun or motivating to continue. The game feels like the whole point is to farm axes to then use to defeat enemies which will also open some doors.

During my playthrough, I received one game-ending error code 2–0000 but the internet did not yield any results for it. I’m not sure if that is on the game or maybe my system but whatever the case is I hope it gets resolved.

At first I thought this was going to be catered towards a younger audience and be a kid’s game but with the frustrating issues that I encountered, I don’t think that’s the case. Prehistoric Dude has a funny story and a cute look but unsatisfying and frustrating gameplay. I was not a fan of this and the replayability is low. Music and sound effects fit well and I enjoyed them. For the price it’s ok but I did not enjoy my time spent with Prehistoric Dude.