Let me be serious for a moment

I’m not sure if you’re a robot that can just keep going like that pink bunny, or if you need a break once in a while. Arcade games are perfect for when you’ve had a long day, want to enjoy and video game but not have to think too much. This is where Serious Scramblers enters the room and offers some comfort. This quick-to-boot arcade game has a simple concept of descending like Downwell but without jumping. Avoid obstacles, stomp baddies, proceed. That’s it! I’ll delve more into the details but I’m pretty sure Chinykian Games knew what they were doing when they created Serious Scramblers. 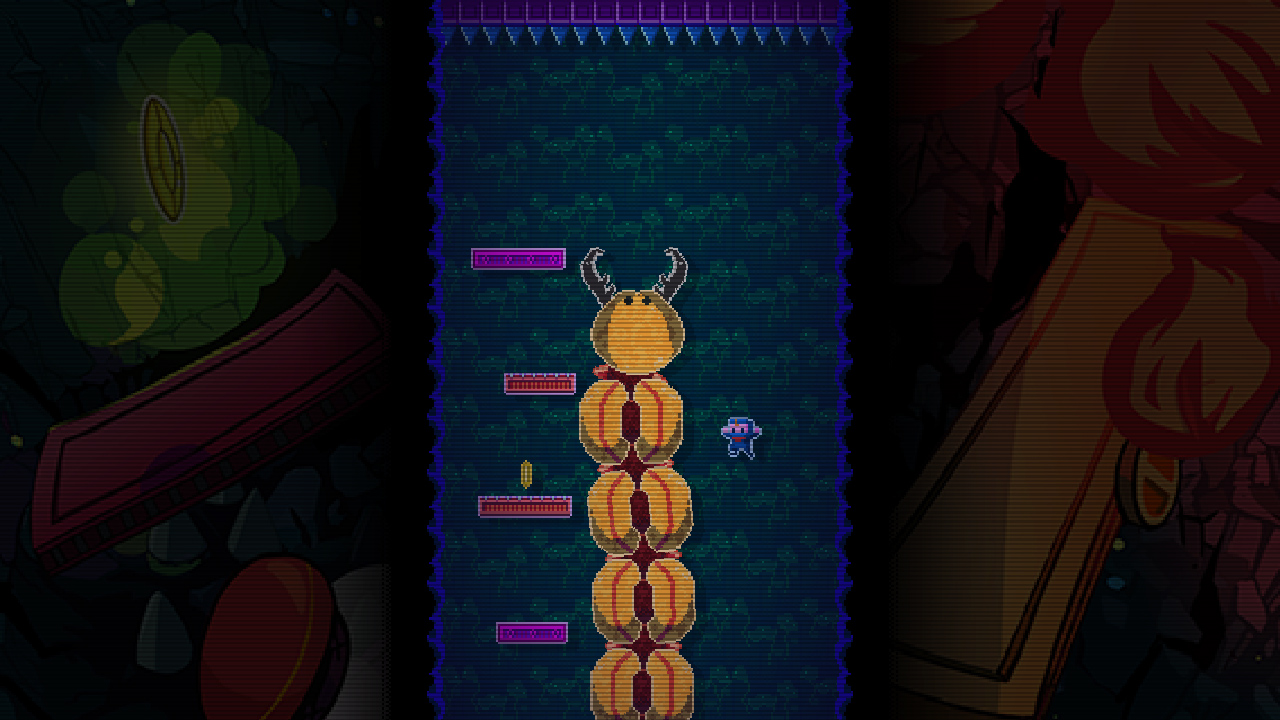 I’ve had a day filled with planning and critical thinking, I want to play video games but the options require a bit more thought. I’m looking for simple entertainment and Serious Scramblers came to my rescue. Enter this vertical descent and make it to the flag to complete each level. Drop from one platform to the next while using two buttons, use your choice of joystick, d-pad, or either trigger buttons to move left and right. I preferred to play with the pro controller on my PC to capture Switch footage opposed to handheld mode. In handheld mode, the visuals were much too small for my liking. I’m seriously sad that this game does not support tate mode or I would have played this entirely with the flip grip.

This arcade game has sound effects and tunes to match the tone and genre well. It has my Wifes’ attention and she enjoyed this aspect too. The controller or console will rumble at every platform descended upon, enemy encountered, and level started. Paired with the satisfying sound effects previously mentioned, it’s fitting.

At level nine the game gives a tip to utilise specifically on the next levels, but not a bad idea to have been using all along: screen-wrapping. Do you recall the Mairo Bros. Arcade game when you could run to the far side of one screen and appear on the other side? Screen-wrapping. Use this well in Serious Scramblers to make it further than before.

I recall in my Ten Minutes video of this game I thought, what am I scrambling? I was looking for some sort of food pun until I realised I was thinking too hard on it. I’m playing this game to NOT think anyway. So I stopped thinking and realised, DUH I’m scrambling to get to the bottom of this level before being shoved into a ceiling of spikes! If greeted by any ill fate, be it by said spikes, rotating fire blade, or a drop below any platform? TOASTED! In addition to the roasting message, the game reveals how far along in the level the player reached, and that was nice. I enjoyed that aspect. Choose to spend some coins to continue or save them for additional characters that can change gameplay.

Levels increase in difficulty smoothly by adding more of the same enemy, making that same enemy fly instead to be used as a smaller platform, and more coins to entice your attention. The coins always have my eyes and call me towards them. Some of the characters are so expensive to unlock, I owe it to the game to collect a ton to unlock as many as I can before I beat the game. This caused many deaths but the game has a quick-restart which is convenient. Watching the number above the characters head rise with each coin collected and each enemy defeated is tantalising. Rise, rise, rise!

The beauty of Serious Scramblers is that it’s all based on your reaction speed. No need to memorise the levels as they will change with each attempt. You get a feel for how long you can remain on the red platforms until the spikes rise, and the same goes for gauging distances to land. It’s also funny going from a 400+ combo to dying on the second or third platform. This game is fun.

For a low-cost pick-up-and-play game, try Serious Scramblers. I spent most of my time completing the final level and boss than on the rest of the game, so the challenge is set for you to do better than Lord Shmup. This game is only $2/£1.69 and gave me hours of fun so I can easily recommend it.