He dual wields boomerangs. He originally came out swinging in 2002, and now he’s back remastered and ready for action. TY the Tasmanian Tiger HD follows the titular character as he explores an Australian inspired world in order to defeat the big baddy dead set on taking over the world. We also had the pleasure of taking the Nintendo Switch version for a spin, you can read our full review here. 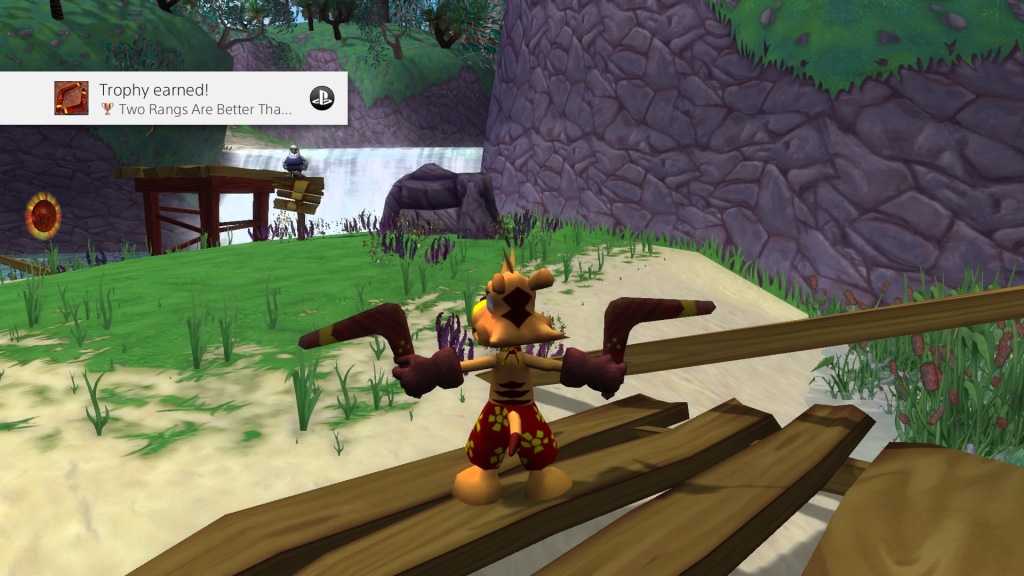 This game is a time capsule, a true product of its time.

Graphics, although improved, let you know it’s from the early 2000s. Even though I’ve never played any game in the series prior, it still feels nostalgic to play a 3D platformer where you warp from world to world. The plot is very cookie cutter for the genre. There’s an evil cassowary, similar to an emu, who has trapped your family in an alternate dimension while on the hunt to get five talismans that will help him achieve world domination. TY can save his family and essentially the world if he collects the talisman first.

The game is about seeking out and collecting talisman. In order to do that you have to seek out and collect a bunch of other things as well. It’s a collection fest. You have to visit different worlds, Super Mario 64 painting style, to find “thunder eggs”. These eggs power a machine to help you find the talisman. There’s also rainbow scales, golden cogs and bilbies trapped in small prisons that need saving. These unlock various things like new weapon types, but the thunder eggs move the story forward. A few explored worlds and you’ll face a boss that rewards you with a talisman if defeated. 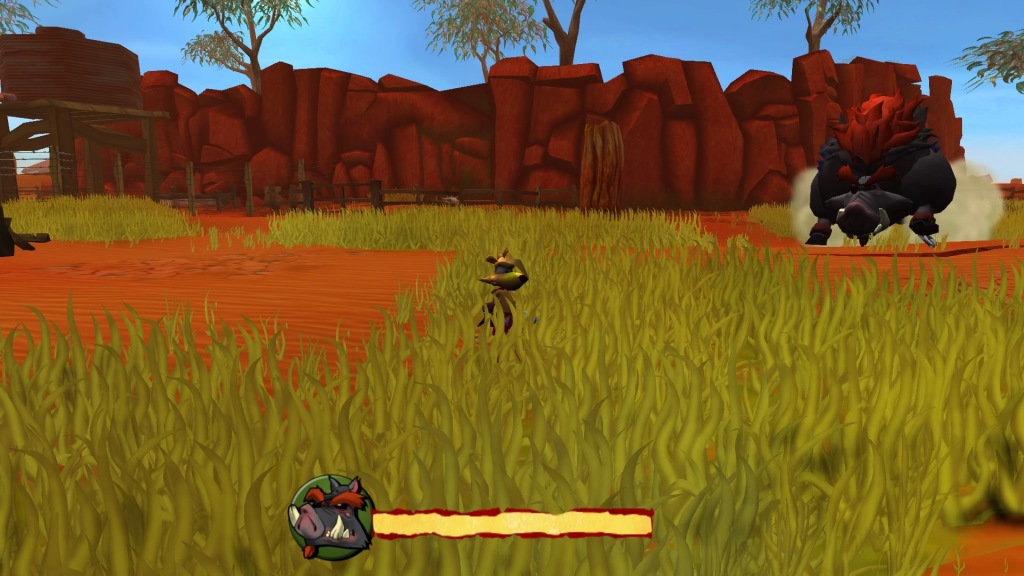 There’s some minor issues with gameplay that are typical of games of the era, like awful camera control. The big issue we found was our hero TY only talked out of a small mouth located on the side of his head. Okay, we know this is just character design, but it looks unsettling during cutscenes. All the characters are quirky animals based around Australian wildlife, but there’s one more thing that stands out. Female characters are overly sexualised. Not outlandish and practically common practice, yet clearly stand out nevertheless.

The positives of the gameplay are how easy and fun the game is.

You can switch between different boomerang types that auto-lock on enemies nearby. Fighting might feel too simple, but it’s nice not to be bogged down with fights as levels are best spent exploring. Collectables are hidden across each of the levels. Secret caves behind waterfalls. Hidden platforms across quicksand. The game rewards you for exploring every nook and cranny.

As mentioned at the beginning of the review TY also released on Nintendo Switch back in April and we loved playing it again then. For this updated release the development team have been able to harness the additional power of the PlayStation, to improve the visual and overall performance, while also adding native trophy support to provide a more rounded experience.

TY the Tasmanian Tiger HD brings back a classic 3D platformer to modern systems. There’s tons of Australian lingo and vibrant outback inspired worlds with fitting music to accompany them. The price point is a little steep for a game of its age, but it’s a genuinely fun experience that is accessible and easy to pick up. Great for anyone wanting to relive the boom of 3D platformers, whether you’re familiar with TY or not.