Don’t get me started on remakes. Don’t also tread on my toes when it comes to the John Carpenter and Kurt Russell combo. Forget about Scorsese and De Niro, or Tarantino and DiCaprio – the mullet and moustache went hand in hand with action cinema with one of the greatest films ever made: Big Trouble In Little China.

But enough of that title again (and the possible remake with Dwayne Johnson) and let’s look at another great collaboration: The Thing. Arguably one of the greatest horror/sci-fi films of the 80s, while it is never overlooked, it does deal a tad more fanfare. While Alien introduced the classic “In space no one can hear you scream” tagline, what with the uncertainty and isolation that the environment projects, Carpenter turned his attention to a setting that was a little less science fiction with it’s setting in Antarctica.

The story begins when a helicopter from a Norwegian research base accidentally crashes after attempting to kill a sled dog that has escaped their compound. The American team who witness this set out to their counterparts research centre to investigate, only finding that everybody is either dead or missing. Uncovering a charred body that is soon identified as human, they take it back to their own base to perform a full autopsy. What ensues is an onslaught of paranoia, confusion and death. The charred remains are apparently human, but transpire to be an alien lifeform that can shapeshift and assimilate with any lifeform.

As things start getting a little hairy, Kurt Russell steps in as the research centre’s helicopter pilot R.J. MacReady and takes command. However, he’s not free from any signs on paranoia and assuming he is, in fact, an alien too, he’s captured and contained for a brief period until he manages to escape and get stuff done. With a fair old share of dynamite. One by one, their team becomes infected, and it’s only a matter of time until they’ll turn on one another.

When The Thing was first released, it was considered a turkey and had a cynical look on the world of alien invasions when there were the likes of E.T. that offered a much more positive view. However, the film is based on the book Who Goes There? which was written in 1938 and triggered the release of The Thing From Another World in 1951 before Carpenter’s take on the property. The film follows the plot of the book pretty well and as a test of time, got the recognition it deserved when it was released on home video which started as a cult favourite, then further on to widespread acclaim. While it doesn’t always make the lists as one of the greatest titles of all time, it’s often well revered.

So, it faithfully follows the original book and has hot property at the time, Kurt Russell as the lead, but what really makes this film stand out was the special effects. While American Werewolf in London had the fantastic (to this day) transformation effects from Rick Baker, The Thing has these alien chimaera’s created by Rob Bottin. The latter was able to create some pretty grotesque effects that have aged a bit, but horrific nonetheless – especially the scene with Norris (if you haven’t seen the film and this piece prompts you to, I won’t spoil it any further). I recall Tower Records(!) selling The Thing action figures by McFarlane Toys and they were terrific, but not something you’d perhaps have in your living room unless you’re Guillermo del Toro. 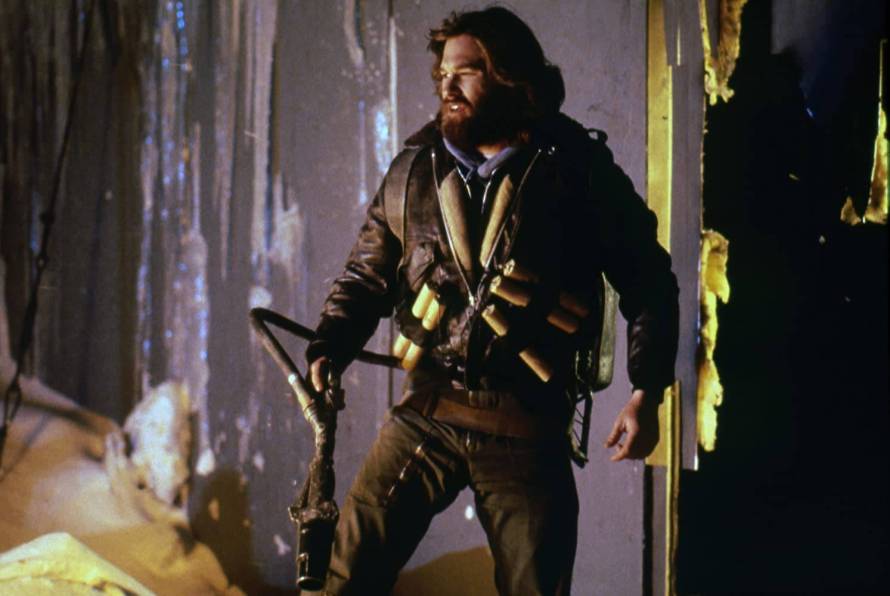 On the surface it’s a sci-fi horror told in classic 80s straight to video manner (though it did have a reasonably large budget, what with the creatures and refrigerated sets). Deep down, however, The Thing is very faithful to those old school sci-fi tales like War of the Worlds or It Came From Out Of Space – films I’d recommend you check out if you have the interest. Alternatively, you could hold out for the latest incarnation of Destroy All Humans! out later this year. Speaking of games, there was The Thing game that came out in the early 00s which I’ve been meaning to pick up but not played yet.

Finally, we get to the dreaded remake which was touched on at the start. The Thing was released in 2011, and my instant distaste of a remake was unfounded as it’s more a homage to the original Carpenter film. Instead, the filmmakers made a prequel covering the story before the events of Carpenter’s film and has had mixed reviews. Having not seen it, I couldn’t give a fair appraisal but say that I wouldn’t be that fussed considering the same filmmakers did a reboot of Dawn of the Dead – again, with the same title, but ‘it’s not a remake’.

Granted, there were a few people at the helm before Carpenter, and it wasn’t his original material, but the guy has had a fair few remakes made of his films – surely testament to how good they were, but he doesn’t always give his blessing. So far we’ve had Assault on Precinct 13, Halloween, The Thing, and The Fog. Thankfully no Ghost of Mars in the pipeline but Big Trouble In Little China and Escape From New York could still be made by Robert Rodriguez. So, if you haven’t already, go check out The Thing (1982) and while you’re at it, check out some of John Carpenter’s other films too and see why his catalogue is always up for renewal (there’s a couple of his films worth seeing in 80 Essential Horror Movies of the 1980s).

4 thoughts on “Time To Thaw Out The Thing Once More”