Back in 1986, a little company called Kemco released what would be their first major title for the NES with Space Hunter. Jumping forward 34 years and Kemco are still at it, this time with a throwback filled to the brim with all the nostalgia you would expect with Monster Viator for Android & iOS. But is this trip backwards worth it or just a waste of time?

Monster Viator is, at its core, a traditional turn-based JRPG

The story centres around our main protagonist Culter (who you can name along with any party members). After awakening with, wait for it… no memory, Culter soon realises that he has the unique ability to speak with monsters. Aided by Aira his first companion, who can also communicate via her harp, you must collect the 20+ monsters and not only restore your memory but stop the evil ruler from collecting these monsters for his own nefarious reasons.

Wholly unique? No, but Kemco has done an admirable job of not just visually making this a throwback to the 16-bit era, but fully embracing the simplicity of the time and making the context speak louder than the actual words. The inclusion of monster collection adds to the fun. Each new companion comes with its own set of attacks or buffs to help your ever-growing party. Countless times I was saved by a new companion that happen to have the ability to heal or in some cases hide my character to keep them alive long enough to conquer the foe put before me. Upgrading your character is not as involved as it could be. You have the ability to level up your gear increasing the stats, however early portions of the game do not noticeably show any significant increase. 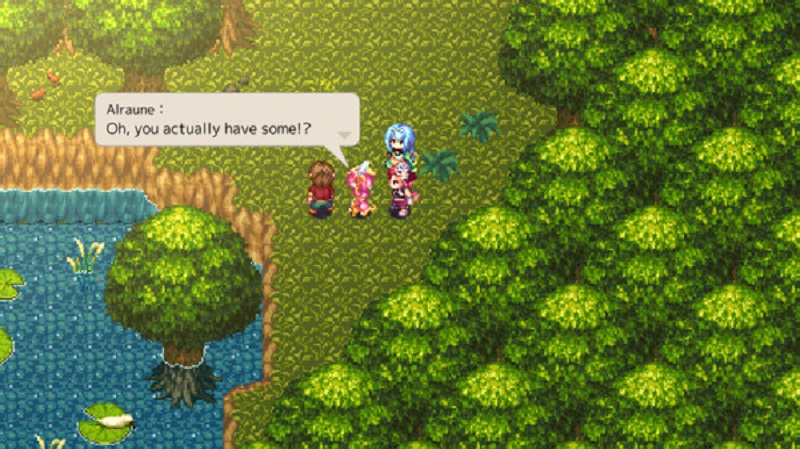 Visually, MV could easily be confused for a lost SNES title.

The bright, crisp pixel art not only looks amazing on your phone (S10+ for the review) but when cast via screen mirroring to the TV the game took on a whole new life. The visuals transferred seamlessly and with such fidelity, you would have thought this was being played on a native console. Characters animate well with minimal frames used expertly to convey movement but emotion as well

Characters can hang their heads in sadness or beam with joy and all of it is conveyed well. The world while not an expansive open world is varied enough to give you plenty of biomes and settings to explore. The battles themselves receive the heftiest upgrade visually. Random battles launch you into a battle screen very reminiscent of the old Phantasy Star or Dragon Quest games, with the enemies being viewed at the top of the screen and Character portraits below. The enemy design in these instances is superb. Very stilted and flat but more detailed, looking more like character art from a players manual when compared side by side with the overworld visuals. 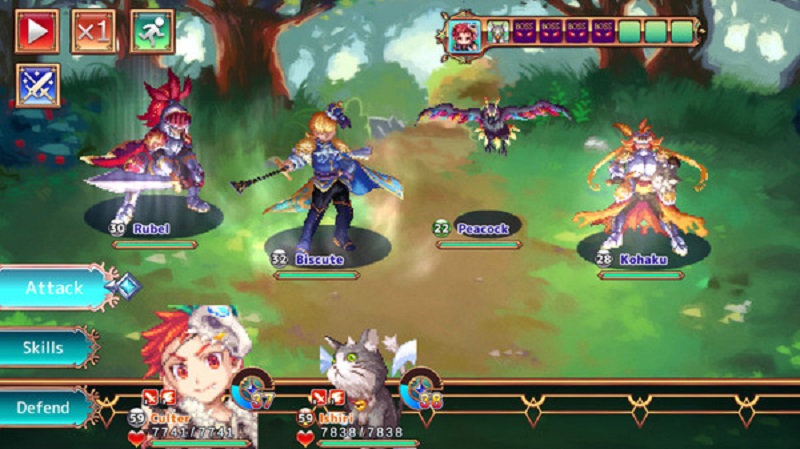 From the audio side of things, it’s quite versatile

The overworld tune while not immediately catchy will find a way to wiggle into your waking hours. The guitar-heavy battle scenes are a fantastic change of pace making each encounter almost feel more epic than it needs to be. The in-game sound effects, however, are a low point for the title. Gone are the intricate little sounds that were taken for granted. On the whole, everything does fit nicely and helps pull you into the adventure.

The gameplay is where Monster Viator excels

Utilising your tablet or phone screen as a touchpad the game can be played multiple ways. Menu navigation is quick and responsive and functions as you would expect. While playing in gamepad mode your thumb can and will take u some screen real estate but given the games turn-based nature, this never impedes the game in any way. As mentioned before, when the game is cast to TV the controls become even better as you no longer are dependant on the screen for navigation and can blindly play on your phone while fully engaged with the TV.

The mobile market is flooded with games begging for your attention. Monster Viator slides in as a premium-priced game that only the brave are willing to pay for. The question remains, is it worth it? Yes. MV checks all the boxes to be a full-fledged mobile gaming experience akin to any handheld experience you have had before. The design choices work well in concert with one another pulling off the illusion that this one has arrived from the past with a fresh coat of paint. The surprising amount of depth and nuance is accentuated by the easy pickup and play mechanics making it easily accessible to newcomers and RPG veterans alike. Kemco certainly did not break new ground but what the have achieved is a joyful return to a much-heralded time in video game history.