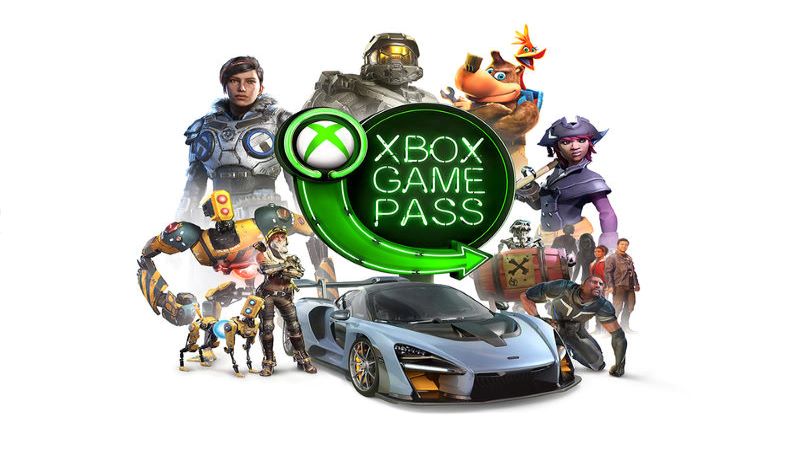 Another month, another great selection of titles added to XBOX GAME PASS! With such a wealth of titles, your friendly neighbourhood bearded gamer’s have once again cherry-picked a selection that you may have missed. This month we have already given you a set of collections to play through, but now let’s take a look at the wealth of indie spectaculars along with the usual batch of goodies on offer! Let’s get started!

Moonlighter may as well be two games in one, on the one hand its a dungeon crawling roguelike filled with all kinds of loot, monsters and bosses to wade through. On the other hand it’s a town management title as you take said loot and sell it in your shop to make money that can be invested in upgrading your town and attracting inhabitants.

Both mechanics work great and really compliment each other as the risk and reward pays off. Venture as far into a dungeon as you can, come back, spend a day in the shop selling your collected items, wheeling and dealing like Del Boy, adjusting prices and keeping an eye on demand from your punters to maximise profits. Investing this money wisely in say, a blacksmith, will allow you to craft better weapons and armour to give you a better chance of getting further into the dungeons to grab a larger amount of rare and in-demand items. And so on it goes. Great for short bursts or long gaming sessions.

Every wanted to play an old school adventure board game but struggle to get enough friends together, then For The King is just the game for you. A roguelike adventure that has all the classic tropes of a board game including dice rolls that dictate everything from movement to combat effectiveness.

For The King can be played solo, local co-op or online. There is plenty of depth here and that may put a couple of people off as the first few hours are pretty tutorial heavy but once you get underway there is a fantastic adventure waiting for you, all presented in gorgeous colourful graphics with a charming soundtrack.

Hollow Knight may be a game you have heard of and rightfully so, this gorgeous platformer first released in 2017 and became an immediate success. Like most platformer’s the premise is pretty simple, discover what has happened to an insect race by adventuring through a Metroidvania style level system, fighting monsters and rescuing the insect like populace to piece together the story.

Although Hollow Knight may have the classic tropes of a much-beloved genre, there is a surprising amount of depth to the lore if you choose to look for it. You will likely find yourself not focusing on any one objective at times and just exploring this eerie yet beautiful world as you slay monsters, bosses and collect upgrades. A fantastic platformer that deserves to be played by everyone.

Super Lucky’s Tale is a bright, colourful breath of fresh air for anyone looking for a bit of pick up and play fun on their X-Box. Not looking to reinvent the wheel, this charming 3D platformer has all the tropes you would expect as it gives obvious nods to Spyro and Mario but lets itself down with a slightly annoying camera that can cause frustration during some jumping sections, however, there is still fun to be had with this title for both young and old audiences.

Travelling through four worlds you must collect a number of Clovers in order to open the boss chamber. As well as the core campaign there is a selection of well-designed puzzle based side missions to play all of which add a nice range of variation throughout your playthrough.

Delve into the world of Scandinavian lore as you lead a caravan of Vikings across a harsh landscape full of monsters and hairy people. On your journey you will have to make choices that can and often will have drastic consequences for you and your people. These consequences may be for the better but the true brilliance is these choices and consequences are not telegraphed to an obvious outcome, the best way to play Banner Saga is to go with your gut instinct and enjoy the story as it unfolds for you.

Resource gathering and management is also a key ingredient, balancing what happens with these resources can have multiple consequences also, do you use them to level up your soldiers and clansmen or do you use them for shelter and food? Not having enough either way will be an issue as your people will either start to get sick and die or they won’t be strong enough to succeed in the turn-based grid battles of which there are plenty to break up the storytelling. A very in depth and well-written strategy game, your save can also carry over into part two and three, mass effect style, if you enjoy your time with this one.

Ever since Demon’s Souls launched in 2010 the genre has gone on to become one of the most loved and hated in recent memory. Deck13, who gave us Lords of the Fallen in 2014 now try their hand at a Sci-Fi take on the genre. The Surge was a surprising experience, the general tropes are there but this time the main focus is around an exo suit which you will need to maintain and upgrade in order to achieve success. To do this you must venture through a gritty industrial landscape full of all manner of mechanical and cybernetic abominations.

Using a Dead Space style limb targeting system, you can dismember your foes for specific parts. Need an upgrade for your left arm, then cut one from an enemy and install it. This mechanic works well as combat is heavy yet responsive and hitting a final blow is rewarded with some gore-soaked finishers. Ideal if you are a fan of the Souls formula and want to mix it up a little or if you have yet to try this genre before, you will find The Surge to be a bit more forgiving than most.

With more than 100 titles on offer at any given time, now is the time to get on board with what might be the best value for money on the gaming market right now!

What have you been playing from the fine selection on Game Pass? Anything you think we should take a look at and add to next months list? Get in touch via social media or leave a comment below and let us know!