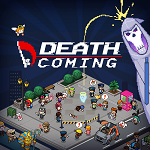 Death is always one click away in Death Coming from NEXT Studios and Zodiac Interactive. Spoiler alert… you die. The game begins as your soul leaves your body. Upon entering the not so happily ever after Death himself appears and makes you a deal. You can return to the world of the living only if you harvest fresh souls for him. Sounds simple enough from the onset but quickly you will learn that this may not be a walk in the park. 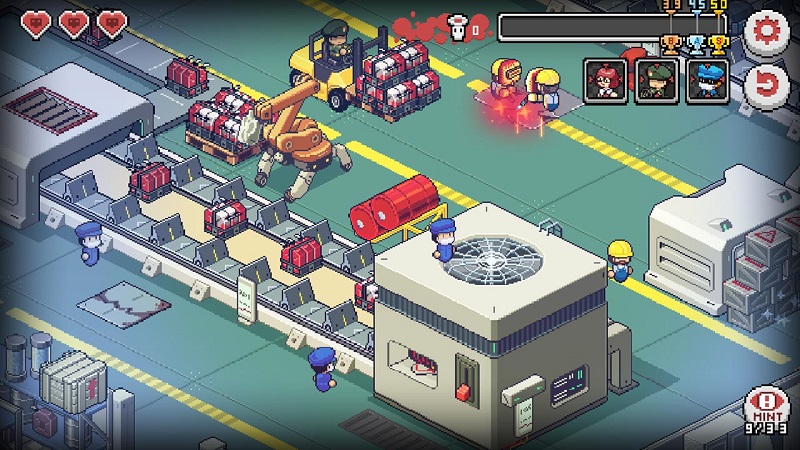 Starting its life as a mobile game DC takes full advantage of the Nintendo Switch’s touch screen. In fact, handheld mode is the best way to experience this game. Physical inputs feel clunky at best and can be finicky when trying to interact with an object when multiple items are in close proximity. Gameplay consists of tapping (or pressing A) on specific objects littered throughout the 6 imaginative death sandboxes. Pressing objects like filing cabinets will tip them over crushing the unsuspecting pawns in this life or death game of chess. The further you progress, the gameplay remains the same but the complexity of killing the set number of people increases. Each stage has 3 highlighted targets who, while not required, are integral into opening up new opportunities within each area. Killing a security guard will allow a thief to steal a rare artifact that, once killed, he relinquishes to the gods and unlocks a new set of traps that can be used. The weather even comes into play making some death traps obsolete if its too windy or they are frozen. On the flip side, the wind may power a turbine engine giving you access to a new set of electric-based killing instruments. All of this killing does have its consequences. As your body count increases you will be alerted that the police are arriving to stop the mayhem. The police come in the form of angels. They glide through the level searching for you. When you interact with an object it turns red, if an angels sight cone overlaps then you will be busted. You get 3 chances before its game over and you have to restart the level. 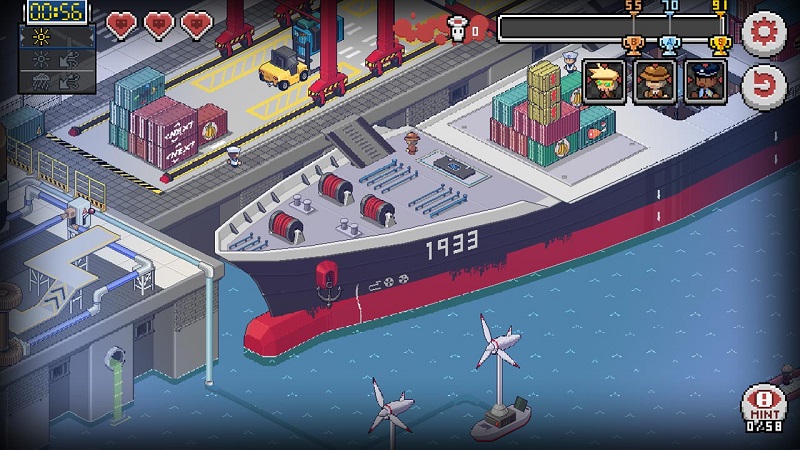 On the audio side, DC has gone with a whimsical musical score. Considering the “grim” nature of the game the lighted-hearted approach here feels welcome and fits perfectly. Scoring multiple kills or going on a streak has your ears and score rewarded with an overhyped commentator announcing the feat similar to something from a monster truck show. Splats and squishes invade your ears as you unleash all manner of death whether it be from above or below if you remove manhole covers at the right time. All the interactions from a story side are delivered in text which perfectly fits with this style of game. 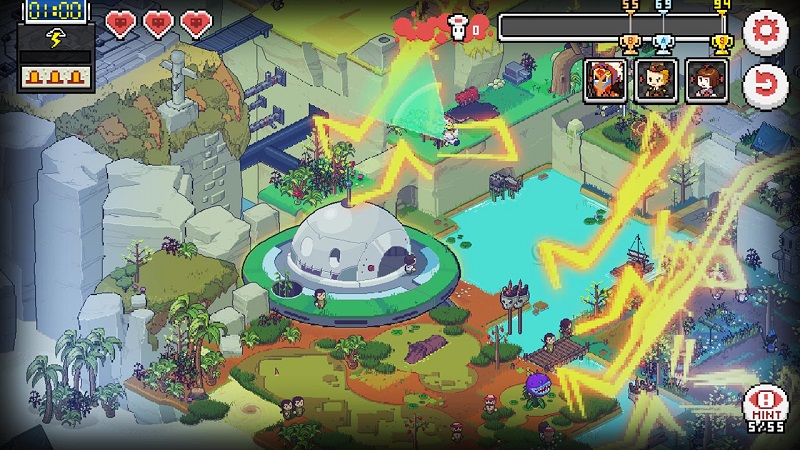 Visually the game is an overload of cartoonish childhood bliss. Character models look like weeble wobbles as they dance along their preset paths. The levels are bright, colourful and filled with objects to bring about the demise of its occupants. Unfortunately, this along with the inherent freedom to go about your task has you unsure as to what can be used and what cannot. There is a hint system which gives you a shadowed outline of objects to use, but it doesn’t help you understand how they work. Objects like potted plants and pillars will give you a red impact area showing you exactly where the victims need to be in order for it to be successful. However, objects like saw blades and buttons do not give you an indication of where the will enact their carnage or how. 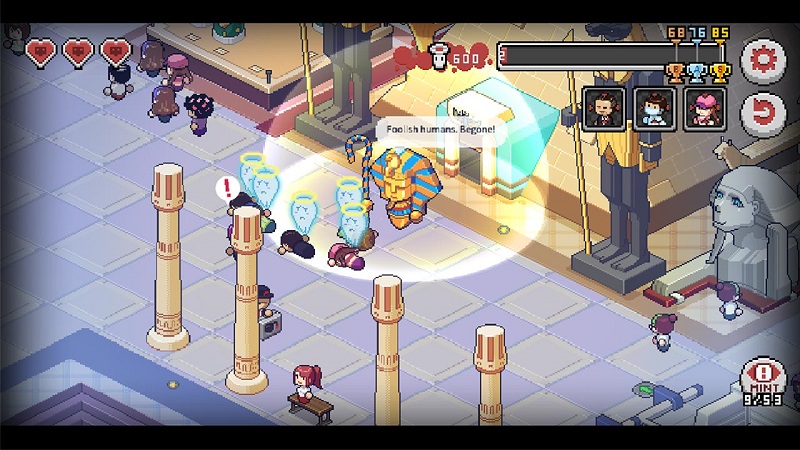 At it’s best DC is open puzzle sandbox game, at its worst, it is a test of patience in a loop of trial and error. The multiple variables and the sheer volume of options can become overwhelming and easily result in games that are unwinnable.

The delicate balance of macabre chess and a lighthearted nature help carry Death Coming. While on its surface it appears to be an overly simplistic click-fest, there is depth buried deeper than the bodies. The annoyance of its trial and error structure can get in the way. However, the inclusion of an online leaderboard will have you coming back to improve your efficiency and score if Final Destination style murder tickles your fancy.