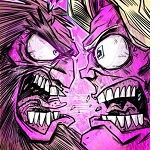 Well let me tell you something brother! If you thought that volumes 1 & 2 of To Be The Man were a crotch-chopping delight then grab a handful of tights and get ready for volumes 3 & 4. 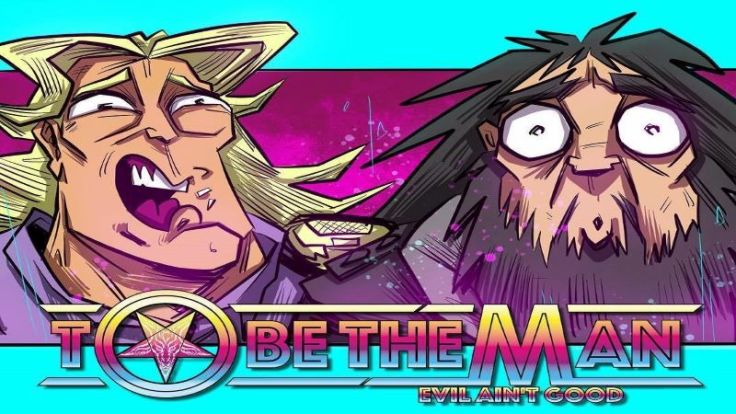 Picking up where we left “Fabulous” Frank Hazard and Greg “The Gargoyle” Grimes who are taking a break in a motel after their encounter with the demonic hoards of Ted Turner…..I mean hell. Using separate rooms in the interest of keeping kayfabe intact, the fabulous one is entertaining some adoring fans while Grimes is taking care of the belt and still pissed about not being the rightful champion. After an attack by a deranged demon groupie wielding a set of Mae Young like puppies, our two heroes are back on the road, heading to the next show and still at odds with each in foul-mouthed, dirty quipped fashion. 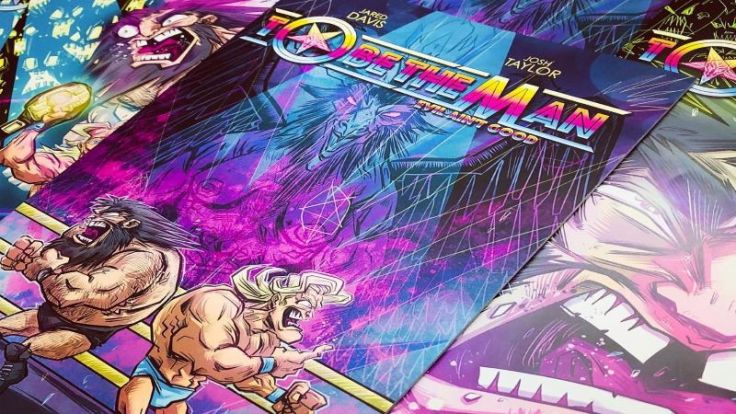 Once again the story unfolds at a nice pace, hinting that being the champ isn’t all it’s cracked up to be. As Fabulous and Grimes spend more time with each other there is some subtle development in their characters between all the trash talking, ass-kicking and comedy. Grimes remains the veteran, in touch with the finer points of the craft while Frank continues his cavalier attitude and only seems interested in the money and fame. This culminates during a 6 man tag when the pair find themselves facing off against another hoard of beasties hellbent on stealing the coveted title. 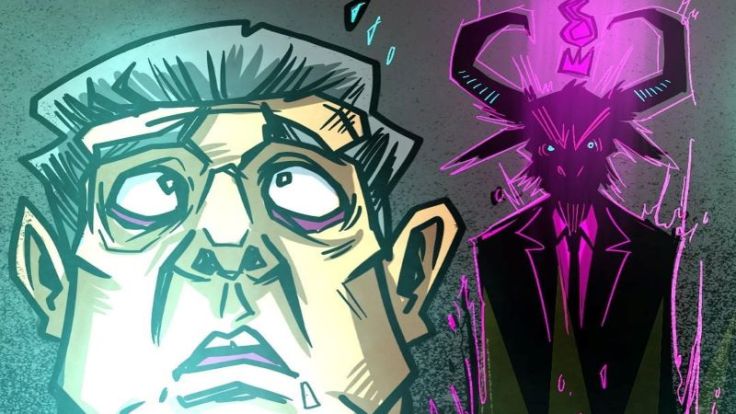 We also get to see a wider look of the demon influence and the situation McMaverick finds himself in as the Demon of Death Valley exercises some creative control and introduces a new headline star to his roster in the interest in boosting ratings and attaining the 10 pounds of gold currently scheduled to be defended in a rematch between our heroes down the line.

The Roll says this, though volumes 3 & 4 focus more directly on its wider story there were still plenty of fan-pleasing nods to the flashy delights of 80’s wrestling. Jared Davis and Josh Taylor clearly have a passion for the product they are delivering and this just oozes from each page. After last weekends bombardment of body slams, it was great to jump back into this series and continue the crazy adventures. This is easily the most ridiculous and entertaining Wrestling inspired story since Ultimate Muscle and The Roll can’t wait to see where it goes next!