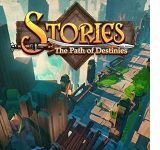 Stories: The Path of Destinies finally comes to Xbox One. Developed by Spearhead Studios, this isometric, choose your own adventure role-playing game was originally released in 2016 for PlayStation 4 and PC. Taking the role of Reynardo, an anthropomorphic swashbuckling fox, you play through a branching adventure making decisions that shape your story and outcome in various and exciting ways with up to 24 unique endings to discover.

The Story begins with our currently retired hero escaping his village which is under attack from some rather rotund ravens. Escaping with a magical book which provides him with the ability to look back and relive his own adventures with narration, he must join up with his rebel friends to stop an evil emperor from taking over the lands. As the adventure unfolds you are provided with options of how to progress at key points, rescue an old friend who would be an asset in the fight against evil or acquire a weapon that will turn the tide of battle in a flash. These choices continue to branch through around 5 key points of each story before you reach a conclusion to your tail. As you play through adventures you unlock newer options based on your previous choices to replay which will form a wider range of scenarios. It will take several playthroughs to find the “True” ending but luckily the choices you have yet to pick are highlighted so you won’t find yourself losing track of ones you haven’t played. Each story will take you around 40 minutes to finish so there is a good level of gameplay on hand.

Character progression has been given a solid level of attention, a robust upgrade tree is on hand to develop combat skills, new abilities and health upgrades. Skill points are earnt through combat and completing stories. A light crafting system is also on hand for creating and upgrading a selection of swords, loot chests and elemental enemies will be found throughout the various lands to provide you with the materials you’ll need. These swords are not only useful for combat but also serve as keys enabling you to unlock special doors leading to extra loot and pathways through areas. This helps keep things interesting if you find yourself going through certain scenario choices multiple times. 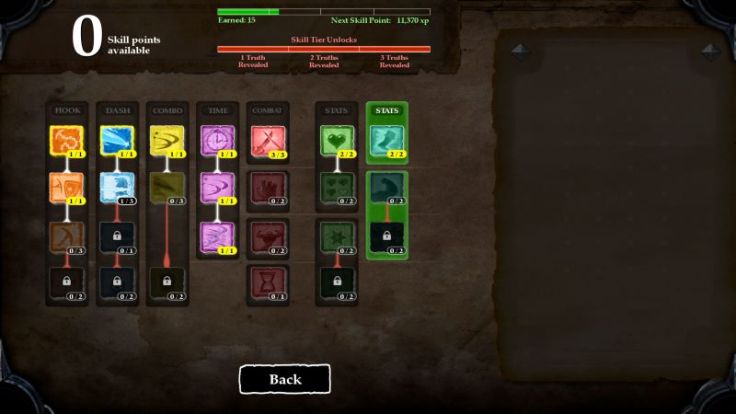 Combat sadly gets repetitive very quickly, considering the depth of the skill tree on offer the enemy variety is minimal making the numerous playthroughs required for the “True” ending a bit of a slog. Combat is a more basic freeflow affair, like a watered down take on the Arkham fighting style, with timed blocks leaving enemies open for follow up attacks. Hits do have a nice oomph of feedback, dodges can be upgraded to dash past or through enemies, a handy grapple hook can pull enemies towards you and later relieve shielded enemies of their protection, you can also grab and throw enemies at each other or off cliffs but without a wide range of foes to put these skills to good use with it’s the main aspect of the game that falls flat despite the potential. 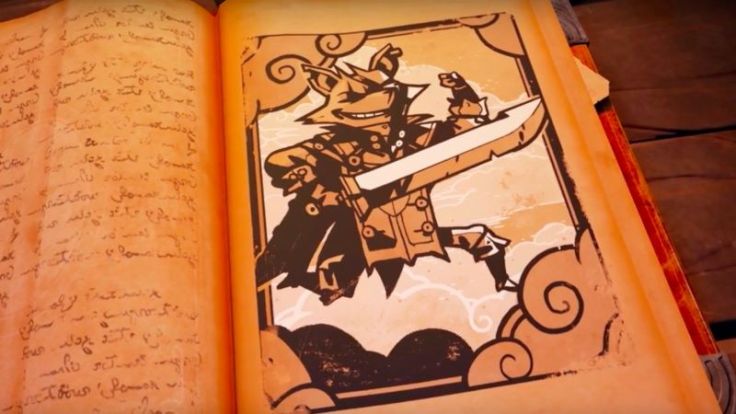 Despite its general simplicity the combat is not without challenge, the enemies pack a punch and health items are scarce, a few HP providing treats can be found by getting your Link on and smashing vases and boxes, but these breakables rarely provide the goods which seems odd as they are plentifully placed, almost inviting you to break them only to yield no benefit. 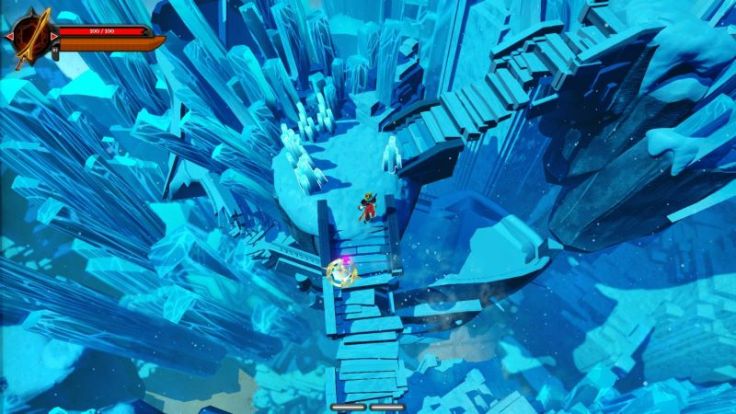 Visuals and sound are right on the money. I was immediately drawn in by the vibrant art style and steampunk aesthetics as well as the sly humour that was on hand. The story unfolds via a narrator who provides voices for all our characters in an audiobook fashion. He also amusingly comments on pretty much everything you do in the game, be that fighting enemies, smashing boxes or just spinning around on the spot. Music scores are pretty varied and add a nice element of identity to the various worlds on offer as well as ramping up to the dramatic for enemy encounters.

Stories: The Path of Destinies is a fun game with a concept I wish we would see a bit more of in gaming. Although the combat is the unfortunate grind point of the experience due to lack of enemy types and variation, the humorous narrative and branching stories make this a game worth playing either in long sessions or short bursts to work your way through all the endings on offer.