When Microsoft first announced the Xbox GamePass in 2017 there was no way of knowing how successful the service would grow to be in such a short space of time. The concept was simple, become a “Netflix” for games featuring a wide range of games to download and play for a low-cost monthly subscription. The service has already become everything Microsoft promised, setting the standard to other companies for fan service while being kind to gamers wallets. Over 100 games are available at any one time, featuring Microsoft exclusives like Halo, Gears of War and Forza, big-name 3rd party titles, indie gems and the highly praised backwards compatible offerings.

Game Pass is the perfect service for gamers who are on a budget or just want to experience a wider range of titles as well as a great opportunity for the younger players to experience some of the all-time greats from previous console generations. We decided to look at some of the titles currently available and highlight some great and varied games you may have missed while being spoilt by the high quality of releases we have seen this generation. 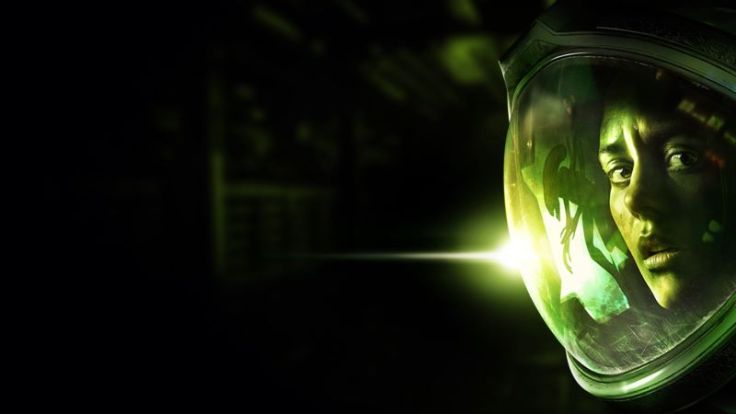 Whatever it was, it was big! Developed by British studio Creative Assembly and published by SEGA, Isolation serves as a direct sequel to the 1979 Alien movie. Set 15 years after the events of Alien you play as Amanda Ripley who heads to Sevastopol station where the black box to The Nostromo has been retrieved. Hoping to solve the mystery of what really happened to her mother, Amanda soon finds herself in a fight for survival as once again a greedy corporation has been seeking to retrieve an Alien specimen from LV426 only for things to go pear-shaped.

Focusing gameplay on stealth and survival more than Cameron inspired shooting action, you must traverse the claustrophobic space station and get to the bottom of the company’s plans while a host of Patrick Stewart looking Androids, desperate survivors and Mr Xenomorph himself throw constant obstacles in your way. Weapons are on hand to aid you, but ammo is scarce, and the Alien is ever intelligent. Throwing lures and causing distractions may work once or twice but the adaptive AI means your not so friendly neighbourhood Xenomorph will adapt to your play style. Isolation is oozing with atmosphere and tension and if that isn’t enough to keep you on edge, the Alien encounters are randomly generated meaning it will pop up whenever it wants, wherever it wants to spoil your plans.

Finally doing the Alien franchise justice in gaming, 2014’s Alien Isolation is a must-play title. Whether you are a fan of the movies or a fan of survival horror in general, this is a game for you, the attention to detail and fan service on show here is sublime. For an extra challenge, you can use Kinect or PlayStation camera for head tracking and sound detection to truly immerse yourself in this spine chilling experience. I can’t lie to you about your chances but……you have my sympathies.

Creative Assemble were given access to the Alien archives from FOX allowing them to create a game that felt like it truly belonged in the Alien universe. Going as far as to research what items were available for props in 1979 and ensuring that every item designed in the game was designed with the same materials the production team had for the movie.

Xbox may have been lacking in the exclusive department this gen but let’s not forget the fantastically ambitious Quantum Break. Developed by Remedy Studios, who brought us favourites like Alan Wake and Max Payne, Quantum Break is a 3rd person action thriller featuring live-action episodes from the all-star cast between chapters, adding a unique level of storytelling, coupled with a 4K upgrade for Xbox One X users, this is a game that is definitely worth your time.

Staring the talents of Lance Reddick, Shawn Ashmore, Dominic Monaghan and Aiden Gillan the story draws inspiration from The Terminator, Back to the future and Inception. After a time travel demonstration goes drastically wrong, Jack Joyce (played by Shawn Ashmore) becomes imbued with a selection of time-related powers which he uses to track down a shady corporation from the future run by his old mentor Paul Serene (played by Aiden Gillan). Praised for its gripping storyline, graphics and fun gameplay Quantum Break was considered a success on launch. If you missed out on this great experience, then now is the time to give it a try. 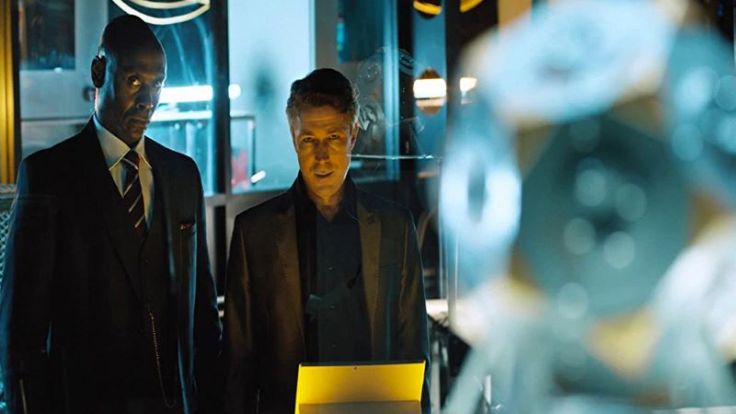 In 2013 Red Barrels came out of nowhere with the knee knockingly scary OUTLAST. This hide and seek style horror had more presentation and polish than some triple-A games manage to achieve and served as a key ingredient for the resurgence for the Survival Horror genre.

Taking the role of Miles Upshur, you head to a remote psychiatric hospital to investigate reports of strange goings-on. Almost immediately OUTLAST has you in its clutches of classic horror clichés, creepy sounds, tension building scares and relentless chases. Armed only with a video camera you must discover the mysteries that lay within while avoiding a host of crazed psychopaths, all of which wouldn’t look out of place at a Clive Barker tea party! 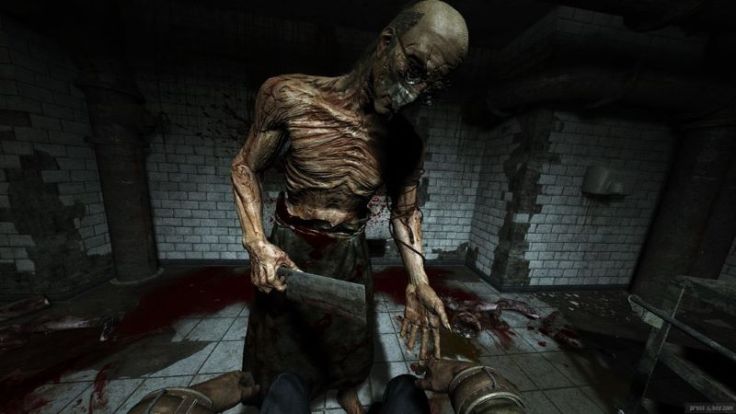 Played in 1st person you must use stealth to stay alive, the game is very dark so relying on your camera’s night vision will be the order of the day, however, the battery life is low so keep an eye out for fresh batteries lest you find yourself crawling around in the darkness. Making use of the environment will play a large part in staying alive, hiding in lockers, crawling through vents and double backing around your enemies becomes a heart-pounding experience as the game unfolds. This is one for people who love to be kept on edge.

OUTLAST also features a DLC campaign titled WHISTLEBLOWER. This follows the events prior to the core game showing how the letter was sent to Miles causing him to come and investigate the hospital.

Featuring a well-crafted sci-fi story where humanity has run out of natural resources and now look to outer space for salvation. Setting up outposts throughout the galaxy to mine materials and send them back to earth they soon discover they are not alone and things soon all manner of psychological and experimental shenanigans are going on. The core gameplay is puzzle-based where your character can clone themselves up to 4 times and control each clone independently in order to solve a series of inventive scenarios in order to progress and uncover the mysteries of planet Chori V.

The Swapper was created by 2 students from the University of Helsinki, receiving critical acclaim from launch it went on to win the 2011 Best International Game award at Freeplay.

Skyrim may have become the best-selling title in the Elder Scrolls series, receiving critical and fan approval plus being remastered and ported to just about every device this side of the N-Gage, but let’s not forget the masterpiece that proceeded it, Oblivion. Set in Cyrodiil, you play as a prisoner who through a strange turn of events is entrusted with the amulet of kings, tasked with finding the true heir to the throne and stopping a shifty cult called The Mythic Dawn from opening portals to the realm of Oblivion, thus unleashing a hoard of Slipknot fans know as Daedra across the lands.

Along the way, there are dungeons to raid, cities and towns to visit, reputation to build or destroy as well as a host of trades to learn. Thieves Guild, Dark Brotherhood, Fighters Guild and Mages guild are all on offer for those seeking to gain even more skills and develop gameplay options, each guild has an engaging story and varied missions which all see you rise to the top of the respective craft.

Originally released in 2006 for 360 and PC, Oblivion was a huge critical success. Providing a rich role-playing experience with deep character customisation, varied locations, robust combat and memorable characters that draw you in and keep you playing for hours. If you missed this one first time around then we highly recommend you give it a try, although slightly menu heavy compared to the more recent Skyrim, the brighter more open environments and more focused storyline makes this entry in the series worth the 100 plus hours it provides.

Originally planned as a mobile gardening game, Viva Pinata came to larger life after Microsoft acquired RARE as an exclusive studio. Set in a colourful and charming world you play a gardener responsible for turning a decaying landscape into a welcoming garden habitat for a wide range of animals. The hook is these animals are stylistic Pinata versions of themselves adding a playfully humorous vibe and giving Microsoft a more varied title in the early days of 360.

Building safe areas for each animal, growing a range of plant life and resources will attract the more exotic animal to your garden keeping you busy and entertained for hours. Viva Pinata takes inspiration from classic RTS games like Zoo Tycoon and adds a huge element of fun with surprising depth making this a perfect title for gamers both young and old.

Viva Pinata originally had an animated series planned to accompany it at launch. Planned to expand on the colourful world and provide insights into the gameplay for younger viewers the show ran into difficulties and was cancelled shortly after its original air date.

New to Game Pass or a regular user? Let us know what you have been playing in the comments below and what you think of our first list of titles.

4 thoughts on “[Xbox Game Pass] Games You Might Have Missed: March Edition”