BlazBlue is the spiritual successor to the excellent fighter series Guilty Gear. Developed by Arc System Works and brought to the Nintendo Switch, as well as PlayStation 4 getting the standard edition, by our friends over at PQube Limited. 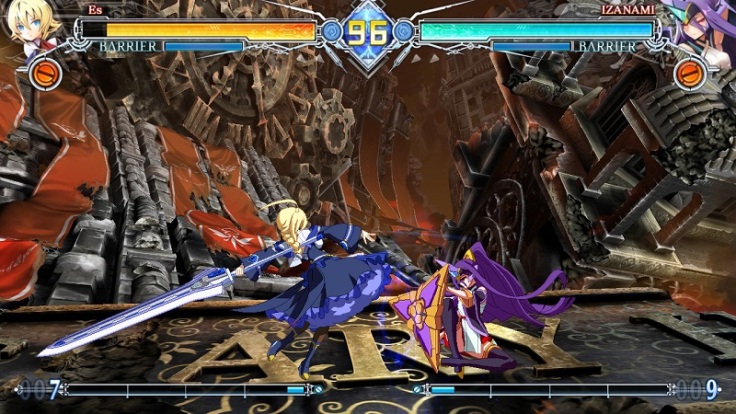 For the people who have never heard of Arc System Works, they are a great development team that has a long history in quality 2D fighting games. This genre has become their area of speciality with each release having its own distinctive and beautiful art style that usually consists of hand-painted and very bright visuals.

BlazBlue: Centralfiction Special Edition is the final chapter in this heavy-hitting slugfest and benefits from having all of the DLC included. The game starts out with the usual options such as arcade, story, VS and a number of additional gameplay modes. It is up to you how you start working through the game. 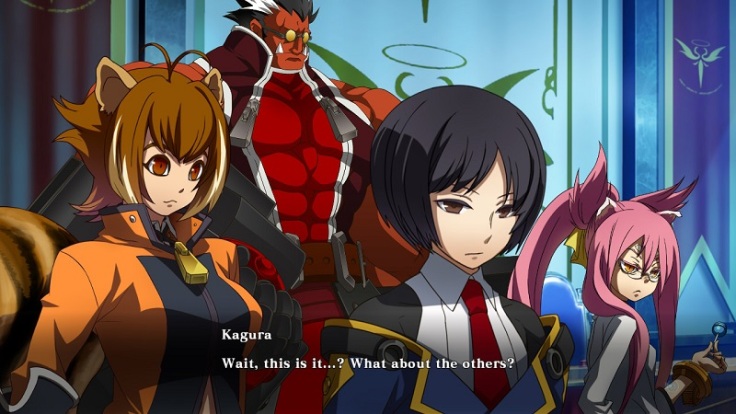 The biggest section by far is the story mode, it’s very in-depth offering a great storyline and, as always, beautifully animated. The story fits perfectly within an anime setting, it’s completely bonkers! Even ridiculous at times but equally so much fun. I won’t go through the story beats but trust me it’s worth a full playthrough and adds meat to the bones of the game. I do offer a warning though, there is a point where you get to chose if you want to hear the back-story from prior games and if you do there is a half-hour scene to sit through which is very dialogue-heavy.

Arcade mode is where the game picks up significantly. It lets you experience all of the 36 characters in a more traditional setting. Each character has their own distinct personality and fighting style which shines through in each session. The aim of this mode is to work through and beat set opponents. It’s great for short play sessions and gives you the perfect chance to find out which character is best suited to your style of play. Characters are so widely realised with very different move sets, for the most part, they work really well so be adventurous and change it up every now and again. Do this and you’ll never get bored of playing. 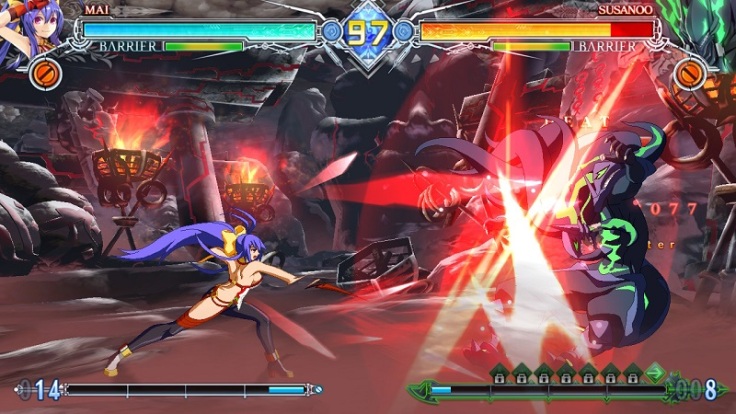 As with the Guilty Gear series, the combat system is incredibly deep and takes ages to master. That’s not to say you can’t have pick-up and play fun but if you want to be the best it takes time and dedication. The game handles perfectly with the button presses reacting instantly. Combat is varied and rewarding, there’s nothing like pulling off that perfectly timed and fluid combo then mixing in an over the top finisher move. Multiplayer add an endless amount of replayability to the game and a completely fresh lease of life after the other modes are done with.

The Nintendo Switch version of BlazBlue looks stunning especially in handheld mode and looks just as good on the big screen with upscaled visuals. Action is fast and frenetic so I’m pleased to report there were no performance issues with either output preference. Music is another thing that has always been great in the back catalogue of work by Arc. If you ever get a chance to pick up the Persona Fighting games I urge you to, you can really see the basis of their fighting games within.

This is a superb game that deserves to be on every Switch, it is a blast to play and looks absolutely stunning. The story is over the top ridiculous but then again fighting games rarely have a storyline that is coherent and sensible, which is partly why we love them. BlazBlue runs smoothly and is a joy to play with the added bonus of being the complete edition giving you all the previously released DLC. If you get a chance please outlay the money for this game. Overall I give this excellent fighting game near-perfect marks.