In recent months, I have spent considerable time pondering what I look for in a game. I have settled upon one key question: ‘What does this game offer that others do not?’ If something of note can be provided in response, then it is my belief that a game development company has done right by its game. The next question, which is even more important, is ‘Do I like what is being offered?’

For some games, it is easier said than done to offer something new, inviting and engaging. I cannot confirm statistically, but I believe that side-scrolling platformers represent a large proportion of the titles on the Nintendo eStore at present and therefore, to stand out from that crowd can be challenging. Next to share its offering to the gaming community is ‘Escape Doodland’, which has been designed and developed by QubicGames. No stranger to game development, they have been providing gaming experiences since 2004 and have now turned their attention to Nintendo Switch and PS4 for the considerable future. With games such as ‘Robonauts’, ‘Astro Bears Party’ and ‘Brawl’, it is clear QubicGames are looking to capitalize on a flourishing market. Question is, what does this game offer that others do not? 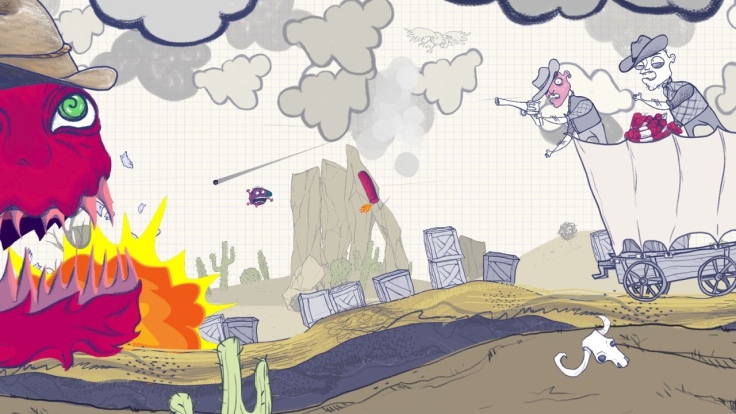 Advertised on the Nintendo Store as an arcade, action, adventure platforming game, ‘Escape Doodland’ is your atypical platformer where you run, jump, make use of special moves and checkpoints to make your way to the end of the level unscathed – so far so average. What is distinctly different, and deserving of great applause, is the art style. I was in awe of the detail in the design throughout my time with the game, and for good reason. There has clearly been an incredible amount of thought that has gone into the level design and it was a joy to experience each of the landscapes. The opening screen and main menu showcase this, with moving vehicles, hill-top houses and loveable monsters all staking their place for the award of best drawn. 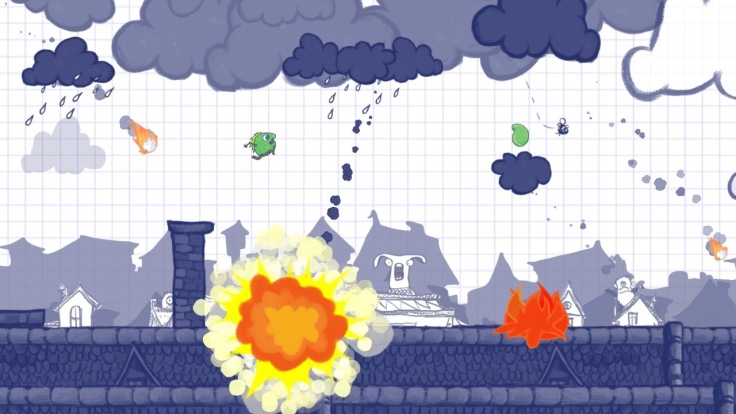 Starting the game and beginning the first level provides a tutorial: ‘A’ is jump; double-jump is, you guessed it, a double tap of ‘A’; and to climb, press and hold ‘A.’ Next, you encounter matches which are floating about on-screen. The tutorial then informs you that by collecting matches, you can light up your farts. THIS IS NOT A TYPO! Having been provided with no context to the platforming action so far, this caught me off guard. Bearing with it, I then proceeded to light said matches and, using the right directional button, my character completed a ‘Fart Dash.’ This propelled my character forward and enabled me to jump over a rather large pit of fire. Soon after, I was able to use my matches again and stun the ensuing enemy by farting into its mouth.

At this point in the review, I may have just lost some of you, with good reason. The crass, unapologetic nature with which this game uses toilet humour as a ‘superpower’ will not appeal to all. To be transparent, it doesn’t appeal to me either. I was, however, enthralled by the artistic design and wanted to see what else this platforming title had to offer. I am glad I did because beneath the smog of poorly placed … is a decent platformer that took me back to my younger years, reminding me of just what fun games in this genre can provide. 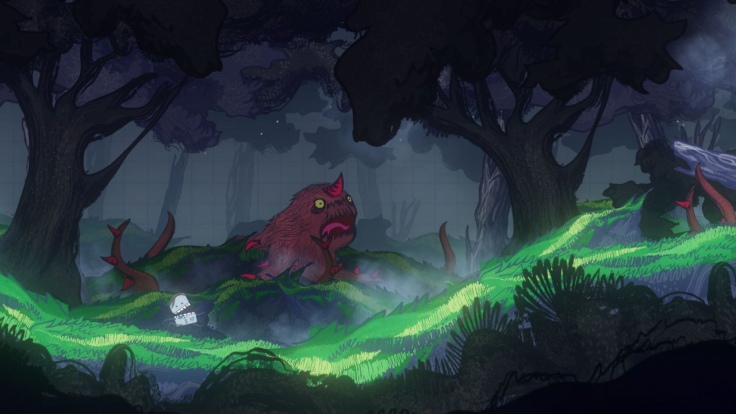 After the opening level, it was clear the main aim of the game is to avoid being eaten by a rather large, ugly, red, fire-breathing beast named Omnomus. Relentlessly gunning for you from the left-hand side of the screen, you need to overcome obstacles to make it to the end of the level. Along the way, collect the aforementioned matches and what can only be described as green jelly-beans which can then be used to exchange for the in-game currency. Using these now yellow jelly-beans, you can visit the shop to purchase perks and doodlers (additional characters to use.) Your success in each level is determined by how many of these green jellies you can collect, which once converted, provide you with up to three yellow jellies for each level.

Over the ten levels on offer in ‘Escape Doodland’, my skills, and my patience, were tested. I enjoyed making my way to each checkpoint and was intrinsically motivated by the percentage score at the top of the screen which indicated how much of the level I had completed. I found, at times, it was a case of memorising parts of the level in order to beat the monster to the end. This is one of the elements of the game which I find does disappoint. It negated the opportunity to develop skill or expertise, it just encouraged me to retry often enough to remember each section from one checkpoint to another.

The other area of the game I wish had been improved is the story-telling. With a plethora of platforming titles available across all gaming consoles, I believe it is important to offer the complete gaming experience at every opportunity. At no point was I informed of why there was a dragon chasing me, who my character was, and why he suffers so badly from flatulence. With unusual inclusions such as these, the need for context has never been more important, and ‘Escape Doodland’ is lacking in that department. 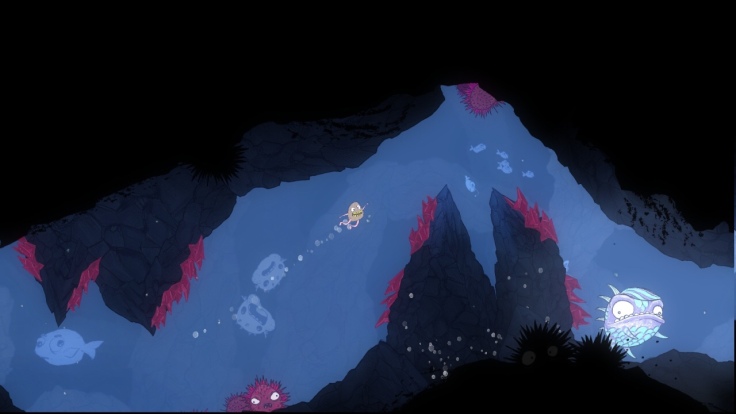 There are elements of ‘Escape Doodland’ that were inspiring, and parts that I was baffled by. With such good level design, some of the best I have seen in 2018, it seemed a shame to not compliment this with equally impressive story-telling and gameplay mechanics. I was able to look past the crass nature of the ‘Doodlers’, and underneath is a platforming title which harkened me back to my days as a child playing Rayman. It could have been as good as this, and would have been, had it not been for a lack of creativity – something that seems rather unusual given the truly breathtaking artistry which is on display here. For some, ‘Escape Doodland’ will be enough, and for others, they will be left wondering what could have been.