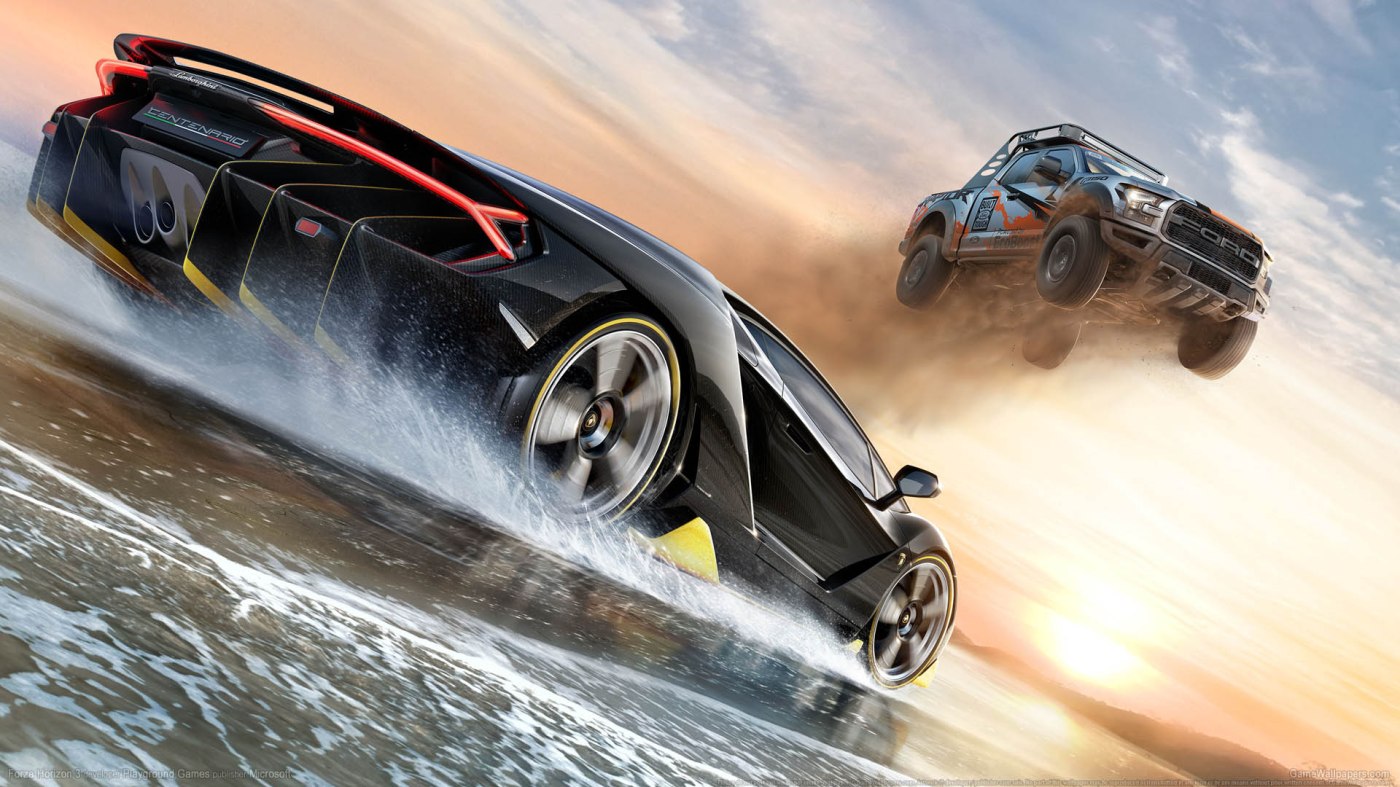 Right here it goes, first ever review – possibly my last too! Thought I would start with a game and series that I love. It is probably an ideal time to take a look at this game with it just having its Xbox One X enhancement update go live. It is an Xbox exclusive and after years of trying to get theflamey to give it a go, he finally caved upon getting an Xbox One. I would go as far as to say it is part of my favourite franchise this generation and my all-time favourite racer. It is also the only game, other than Call of Duty (don’t laugh) where I have purchased all the DLC content available for it. The game is Forza Horizon 3.

I feel I should add at this point I am by no means a big racing fan. I have enjoyed the more standard simulation versions of Forza. But they seldom hold my attention for too long after the initial binge play, where I play them to death for 3 or 4 days and get hooked on upgrading the cars. Whilst I can appreciate their impressive physics and graphics, they are a simulation and miss the excitement sweet spot for me. For the PlayStation fans, I have the same feelings for Gran Turismo, amazing technically but does not hold my interest for long enough, unfortunately.

My kind of racing games consists of Daytona, Sega Rally, Metropolis Street Racer, Burnout, and Test Drive Unlimited. I like the thrills and spills and easy accessibility of an arcade racer and Horizon absolutely smashes it on the thrills and spills front. In terms of accessibility, you can pick it up and play one race in the evening after work for a quick 10 minutes, or, as I have done, lose 3 or 4 hours on a Sunday afternoon.

The game has moved on from Horizon 2’s European setting and the map is now larger and based on various areas of Australia for this outing, whilst still maintaining its open world heritage. The scenery varies from cities to the Outback, to the jungle, to the coastal 12 Apostles. For this to be such a vast open world the scenery and cars graphics are just stunning. The lighting, the shadows, the weather effects, the 350 plus car models are all just stunning. The game does not run at as high frame rate as the more traditional Forza games, but it is still really smooth at 30 frames per second with no slow down. If you are lucky enough to own an Xbox One X, this has only gotten even better since the 4K update was unleashed. 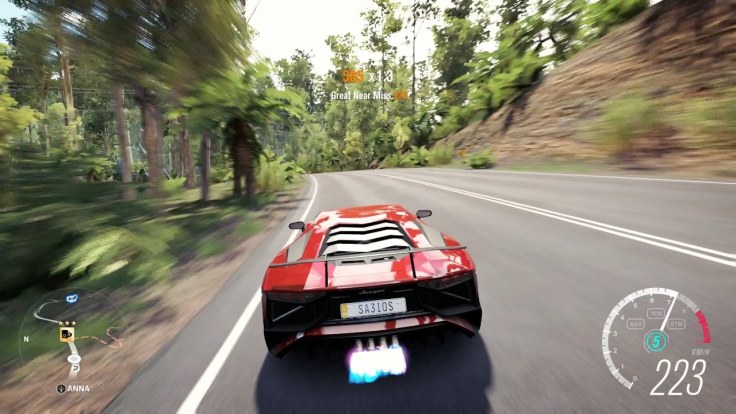 As you progress through the various challenges and races, you gain XP to level up and gain credits to purchase cars or upgrades. The main “race” events vary from a speed camera challenge, an A to B race, a drift challenge and danger jumps. After so many events you reach a showcase event which entails a spectacular race to open your next Horizon Festival. But there is much more to do than these events. You can drop into the online mode and find real people to race. In my experience this can be a mean feat to win these races as people online seem to have an encyclopaedic knowledge of car setups for each race, none the less if you want a challenge you will find one here – good luck! This would be my only criticism of the game, the online mode can be really difficult for a beginner, so get good quickly!

Online also provides a number of other games modes. If racing games with a straight race competitive nature are not your bag, there are a selection of more light-hearted multiplayer events Flag Rush, Infected and King. You can join up to three players and complete the races, challenges and events from the main game in cooperative mode. There are a number of challenges such as XP or credit boards to locate and smash through. There are photographic car challenges, for every so many cars you take a picture of, you gain credits. One of my favourite challenges is the bucket list challenges. These consist of a set car with a set challenge. To be honest they seemed a bit easier than 2’s offering but just as enjoyable.

The “Festivals” act as a hub (note not the Forza Hub – will come onto that later) where you can fast travel to, which makes getting around the map easier. They allow you to buy a new car. For the petrol heads, all the major car manufacturers you would want are here. From the supercars McLaren, Ferrari, Lamborghini, Bugatti, Koenigsegg, Saleen etc to your more standard road car manufacturers. More than 350 cars to choose from is plenty to put on offer for a player. They allow you to buy upgrades for your car vary from performance improvements, wheel rim size, tyre compound type, spoilers or cosmetic changes such as colour or a paint jobs. The option is there to add a paint job to your car from another player created livery, or even create one yourself for the more artistic player. Some of the created paint skins must have taken an age to create. The Festival also allows you access to enter auctions (buying and selling) so you may be able to pick up a bargain or a rare car. All of your stats and achievement progress are all logged so following your progress through the game is a breeze.

I did mention the Forza Hub. This is accessible through the menu and takes you to the Forza home page where you can find the latest news. If you have played previous Forza games you will also be awarded extra credits to help you with your progress through the game. It is a nice touch that the developer has included this to keep you involved in the series and reward you for any loyalty shown.

If there is not enough for you from the standard game, the DLC knocks the variety up again. Whilst the DLC can be quite short-lived, it is thoroughly enjoyable. With the game being out for a while now, you may be lucky enough to pick the DLC up at a good price. Both pieces of DLC are very much structured in the same way the main game is. They are both a change of environment and the effects those environments bring to the racing action.

Blizzard Mountain is based on a map with a mountain with lots of snow and various degrees of snow storms. This map plays similarly to the main game, but as you would expect, the handling gets more slippery. It is a nice change after the baking Australian sun. The second piece of DLC is the Hot Wheels DLC, and frankly, it is nuts! From being a racer with relatively believable physics, you move onto an island decked out with a plastic Hotwheels track complete with loop the loops, flaming rings (oo-er!) dinosaurs and halfpipes. The game does not lose its racing ethos, but it does add to the fun and the variety is again welcomed.

For me, Horizon 3 is all I could ask for from a racing game. Great graphics, variety, action, excitement, big soundtrack selection, hundreds of cars, online, co-op and competitive modes, and most of all fun. For me to love a racing game this much it does not need to be an excellent racing game, it needs to be an excellent game full stop. If they announce Horizon 4 tomorrow, I’d preorder it tomorrow. The series just gets better and better.

One thought on “Forza Horizon 3 – Xbox One Review”